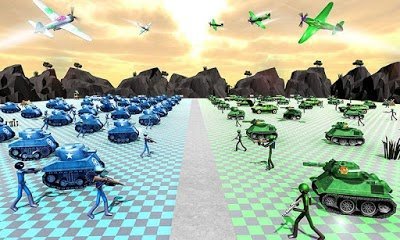 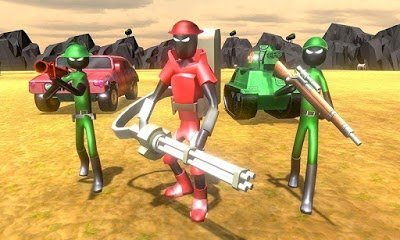 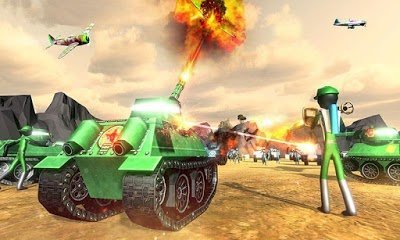 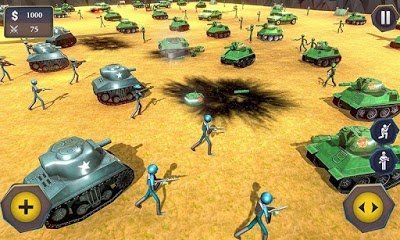 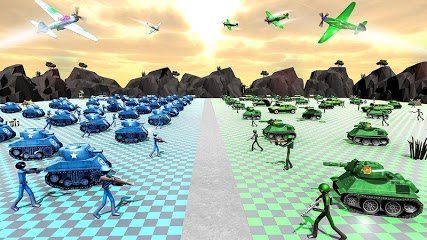 A great world war II simulator is waiting for its heroes in the game Stickman War world war 2 Battle Simulator. You will find yourself a General of one of the warring parties, and it is you who must lead your army to victory.

In the role of soldiers in this game are stickmen, which in turn adds a drop of fun and unforgettable atmosphere. You have to go through 2 branches of tasks for both warring sides of the Soviet Union and Nazi Germany. Each battle will take place directly on the front line and here you will find the most real battles with the use of infantry, heavy equipment and even aircraft. Complete your front line as you wish and win every battle.

You can also compete in tactical abilities with your friends or other players around the world. All this is possible thanks to the presence of multiplayer in this game. All you need to do to get this gorgeous strategy is Battle Simulator World War 2 - Stickman Warriors. During the battle, you can follow the battlefield from any angle, calculate the weak and strong points of defense and attack of the enemy.

Fight for victory and prove that you are the greatest commander of his time.