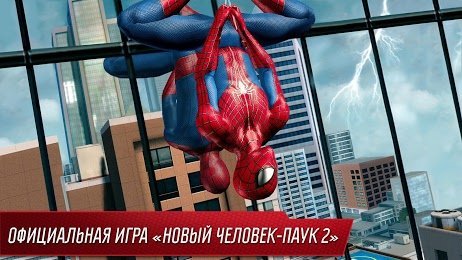 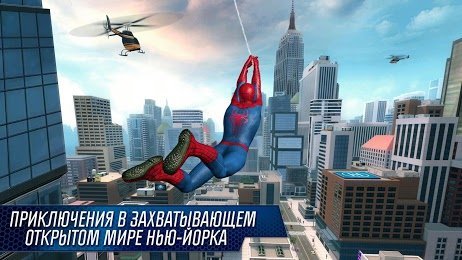 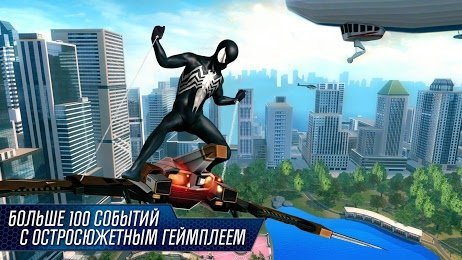 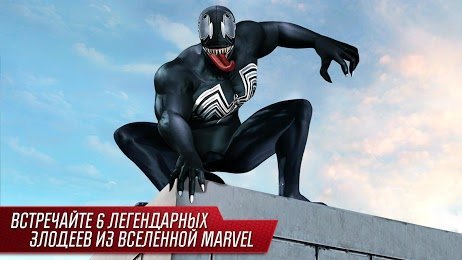 The Amazing Spider-Man 2 is an action where you should try on the legendary suite of a Spider-Man and become a real hero. Once again, New York marred by violence and war of gangbangers and criminals and of course, only Spider-Man is able to act to end this outrage. You should overcome a big challenge – to fight with the most hazardous criminals like Venom, Green Goblin, Electro, and others. They will do all they can to prevent the main character of the game.

The gameplay of The Amazing Spider-Man 2 is oriented towards free movement through the city. A significant number of interesting missions lies ahead of the player. The main character would move in his usual manner – using a spider web. The missions you need to pass while playing the game would be scattered across the map. The Spider-Man has own navigation system that presented in a form of different signals.

The control system in The Amazing Spider-Man 2 was adapted to up-to-date mobile phones operating at Android. Moreover, you are able to use one of the proposed options. Choosing the free movement mode, you just required to tap on a screen in order to guide the main character at the right place. Thus, you should perform some hits and techniques as well as to use a spider web in case of the battles with the enemies.

As for the graphics, it seems to be on top of things. The game as a whole system is similar to the version available for consoles. The vast majority of in-game objects have a nice and detailed view. The picturesque Central Park view definitely will not leave you indifferent.

The major features of the game are the following:

Fight For Us: Action Platformer