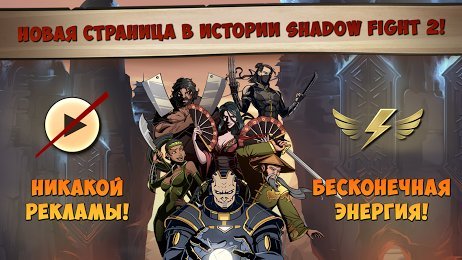 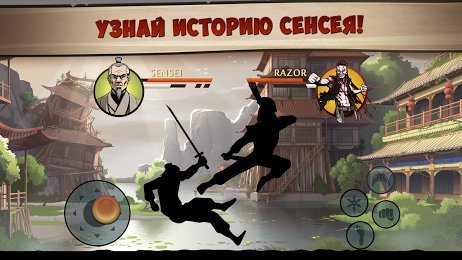 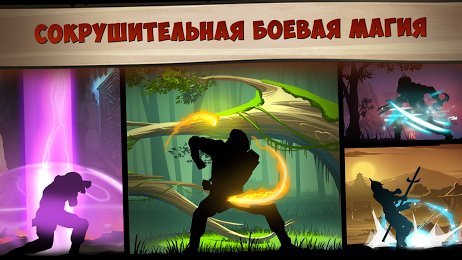 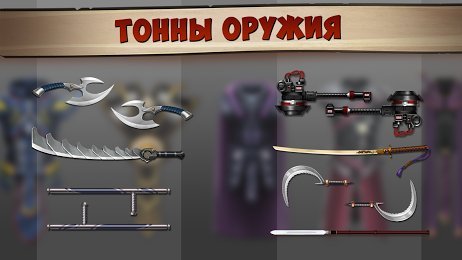 Shadow Fight 2 Special Edition is a sequel to one of the most popular Android fighting games. The new chapter of Shadow Fight received not only a new story mode but also some new gameplay features as well as the new content. The same we can say about the graphics of the game.

The game was released not so long ago but already managed to draw gamers’ attention to the gameplay mode. Shadow Fight 2 Special Edition, unlike the first version of the fighting game, was developed and released without advertising and has the more improved gaming opportunities for the player. There is also available some new types of equipment, additional story mode, etc.

The main characters of the game are the ninjas who prefer to fight under the cover of darkness that is why these characters seem more like shadows. However, if the shadow ninjas will appear at the forefront of the screen, the colorful locations would be behind them.

Shadow Fight 2 Special Edition has no energy, so you can perform the skills you needed without limits. Moreover, this game still has the fill bar to perform special movements or attacks. This bar is intended to be filled after the successful implementation of ordinary punches or a combination of punches.

The control system remained virtually unchanged since there is presented old virtual joystick with two active buttons located at the lower right of the screen.

Some new features to explore while playing the game: