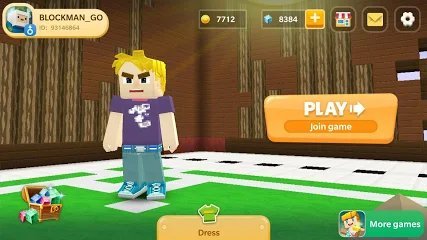 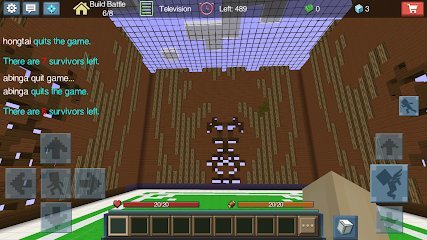 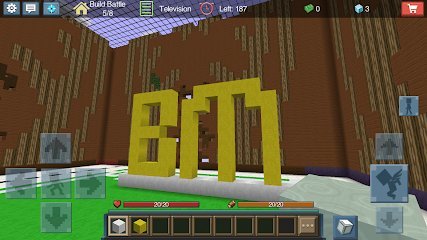 Games with blocky graphics now just flooded the Internet, but most of them are created according to the template that set Minecraft. In fact, these are sandboxes with the same set of functions. But there are still more original ideas. For example, many players have heard of the Blockman Multiplayer server. It has a huge number of blocky mini-games, one of which is a cool idea called Build Battle.

In this mini-game you have to compete in fantasy with other players. The essence of the game is simple. You find yourself in a small room and you have 5 minutes to create a given object. You and 13 other players try to create a specified game item or location during this time.

At your disposal will be all previously extracted resources, and you can use them without restrictions. After the time for the construction expires the game gathers all together and in turn shows the rooms of all players. You and other players vote and rate all buildings except your own. Thanks to this voting, the three winners are chosen.

The game Build Battle is very fun and interesting. It will allow you to greatly develop your imagination, and over time you will build just cool things in a short time.