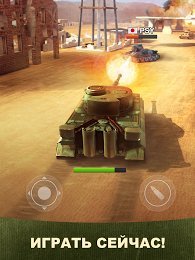 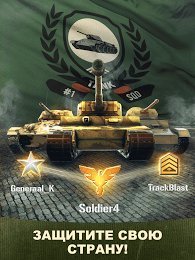 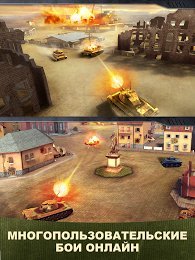 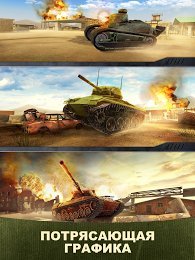 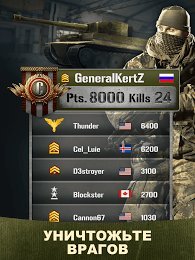 War Machines - will become a favorite app for fans of tank battles on the screens of mobile devices Android. At the beginning of the multiplayer video game, you will be asked to choose an armored monster and start an exciting battle with other players from different countries. The main feature of this game is considered to be dynamic fights on various locations with other users. In the allotted three minutes of battle, you need to destroy as many enemy vehicles as possible.

The game involves two modes of battle, each of which can manifest itself in different ways. In a team game, you and your friends need to completely destroy the enemy group of troops, stop the rapid onslaught or a powerful well-coordinated blow to break the resistance of rivals. And in the single will have to survive, then you need to rely on their own instincts and skills of combat.

The developers have included in the project analogues of well-known models of tanks, various modifications, from different time periods. Use the most effective tactics that require diverse weapons. For example, intelligence on the territory of the enemy and the collection of tactical information is better suited light maneuverable tank, and for serious battles-heavy and massive, to show the enemy all the power.

Rachel Against the Machines

On Tour Board Game