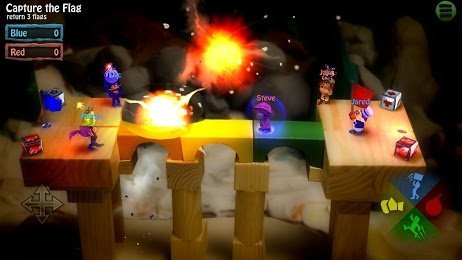 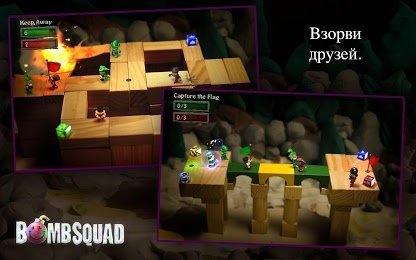 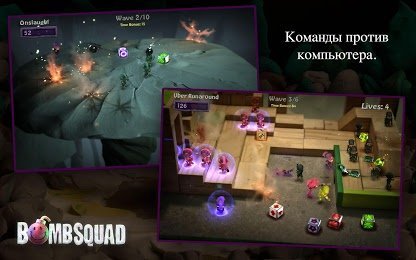 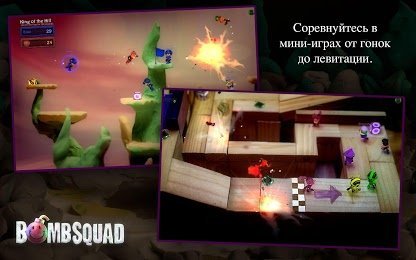 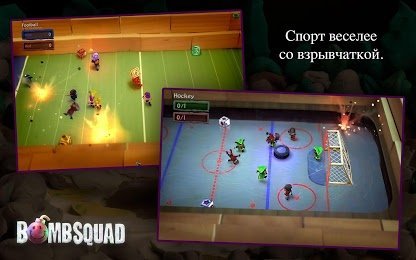 BombSquad - a first-class arcade game in an extremely unusual universe in which there is a confrontation of very unusual creatures. Little creatures arranged battles among themselves and throw small bombs. The original gameplay can be considered the main advantage of this unique game application for smartphones and tablets made on the basis of the Android operating system. Multiplayer gives you a chance to fight with players from countries from different parts of the world. Up to 8 participants can take part at the same time.

Learn the basics of management, gain the necessary skills for online battles can be in single mode, throwing grenades at humanoids appearing on your platform. At certain intervals, cases with bonus items are formed on the map, collecting various artifacts, you can apply exclusive abilities.

it is Also possible to radically change the appearance of your character. Blow up opponents or destroy artificial intelligence, defeating all in the tournament rounds, capture the flag, or gain the upper hand in an epic deadly battle. Colorful maps, excellent graphics and great sound, will allow you to pass more than one hour in the company of friends.