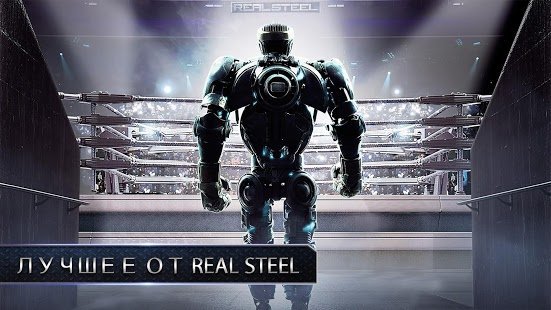 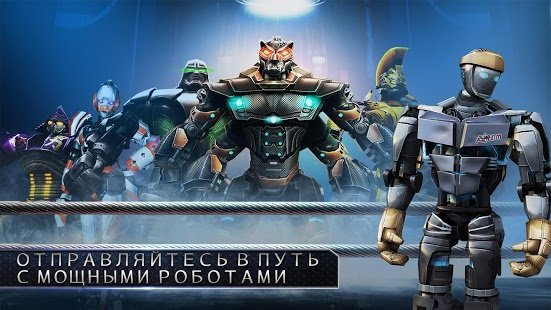 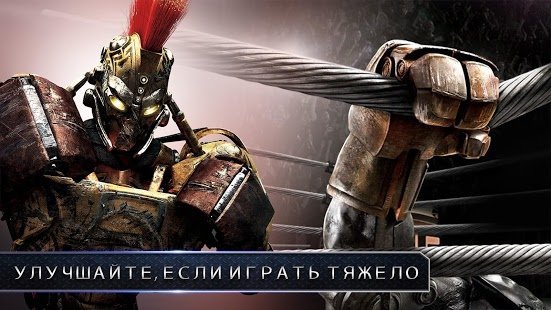 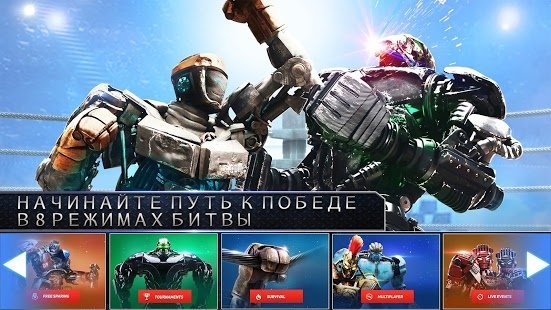 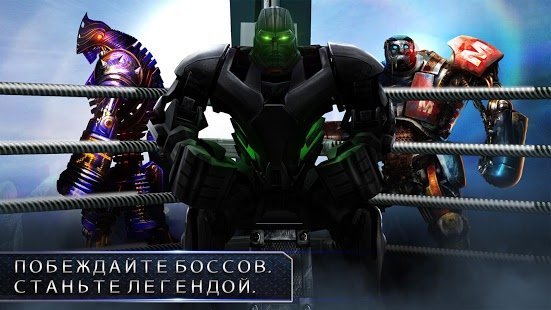 Real Steel is a dynamic action game that is based on the movie with the same title and rather similar plot, so it will definitely impress the fans of this animation piece with such continuation of the events that are described in this application.

But for those, who are out of the loop, here is a brief description of what is waiting for them in this project. So in Real Steel players will have a personal robot that they are obliged to train, as he will become their helper in the fight with dark forces of that game universe. Robot's management system is well-developed and does not need any explanations even for novices in this game's genre - players will contol him with joystick and few on-screen buttons. Besides, Real Steel has a lot of common features with such apps, as Mortal Kombat, Tekken and others, but becomes different because of unique plot and the brand style of game's design that is developed by Reliance Big Entertainment Company.

There are three modes of this game: specifically, Tournament, Free Sparring and Practice. Free Sparring will allow users to choose the opponent and improve the skills and action tactics, while in the mode of practice they wll be able to bring them to reality. Tournament mode transfers users to the location of the further batlle. Alongside with other incredible features, in Tournamnet players can upgrade their equipment and get special character's energy that will influence the intensivity of the battle and proficiency level.

Moving to the topic of battles-handling - they will take place in different arenas. To get the victory, players are obliged to try various combinations of fighting tactics and do cooperation with their friends to get better results. Besides, when it comes to the lack of imagination due to action strategy, it is worthy of checking options menu - there players can find reviews on some tactics and get inspired for new accomplishments.