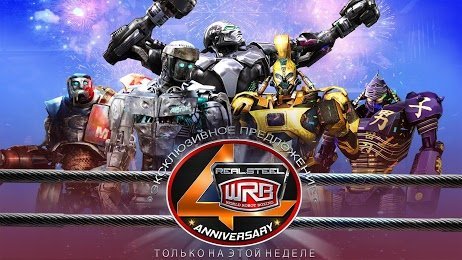 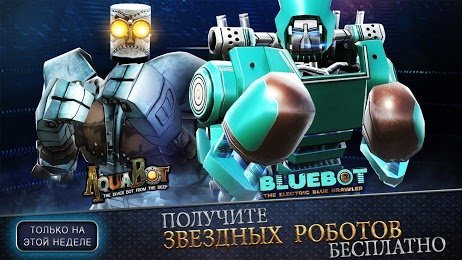 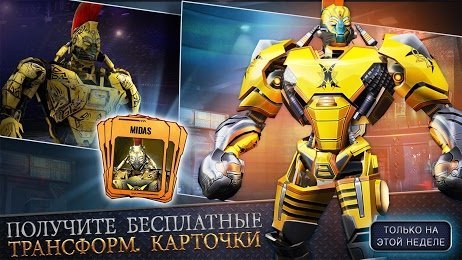 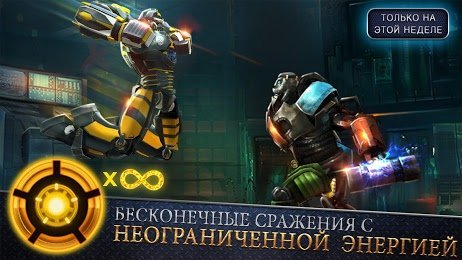 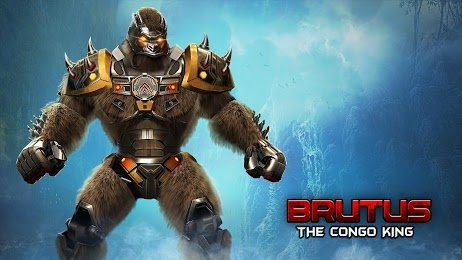 Real Steel World Robot Boxing - is a magnificent and spectacular fighting game that will appeal to all fans of games of this genre. Powerful combat mechanisms will come together in crushing battles to prove their superiority over rivals and win the coveted championship title.

As in the previous part Real Steel, the user is given the opportunity to choose their first iron athlete and participate in all sorts of tournaments and Championships, crushing in brutal fights numerous enemies. It is worth noting that unlike the original version of the fight mechanical giants have become very dynamic. As a result of improvements, robots have learned to rapidly inflict a series of devastating blows and effectively move around the arena. Now they do not resemble a pile of unwieldy scrap metal.

the Developers have added new features, it is now easy to repaint the fighter in a variety of colors, equipped the battle mode with fresh deadly combos and colorful finishing blows. And also gave the opportunity to take part in Versus-multiplayer matches with other real players from different countries. Gamer expects 58 robots-each of which has a unique style of combat and other killer qualities.