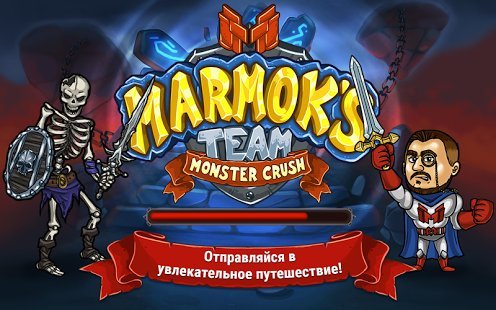 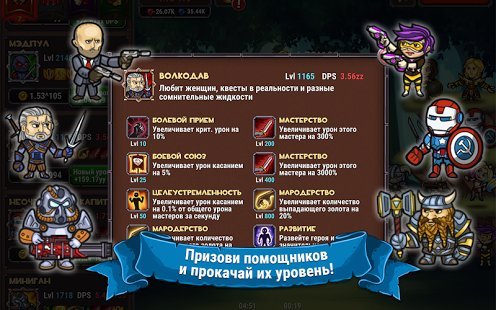 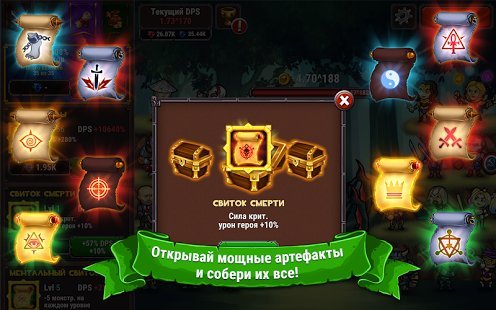 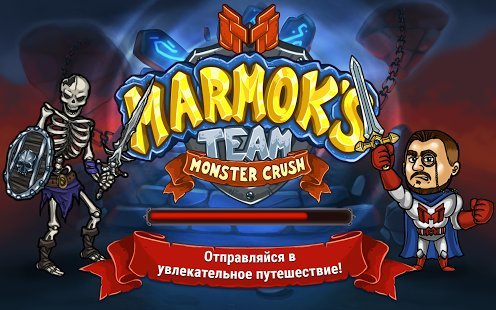 Marmok's Team Monster Crush - a bright and fun mobile app that will definitely not be able to leave anyone indifferent.

The gameplay is somewhat crazy, but at the same time frankly funny, in it you will have to manage the blogger, to defeat the forces of evil. Of course, to win you will have to download your character and his team, so that they have the necessary characteristics to win.

In the game Marmok, falls into a strange and dark universe. Moreover, the existence of this universe depends solely on his actions, and therefore on you. The game will have to go through numerous levels, over and over again defeating numerous opponents. In the victory over opponents, you will often be helped by other characters. So gradually, as you progress, you will create your own effective team, thanks to which you will be able to move forward much more effectively.

In the process, do not forget about the purchase of weapons and armor, both for themselves and for the rest of the characters, because of your weapons, too, not least will veil the victory or defeat.

Pleases in the application and humor, it is quite funny, and built on the basis of dialogues between characters that look extremely funny, and for the most part really happy. Humor makes an interesting gameplay, only better.