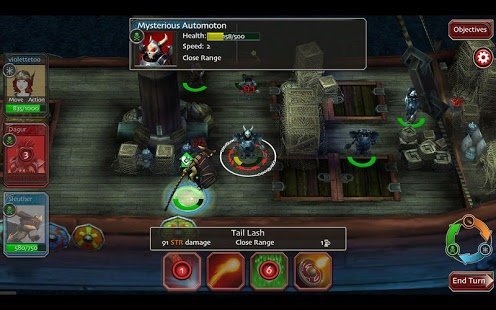 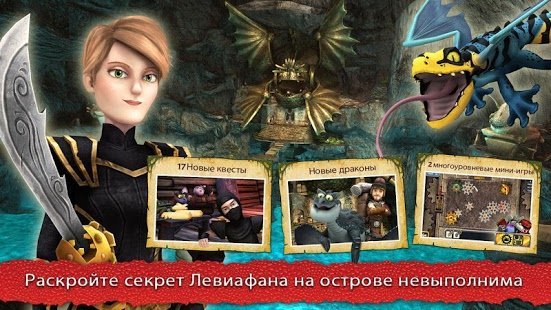 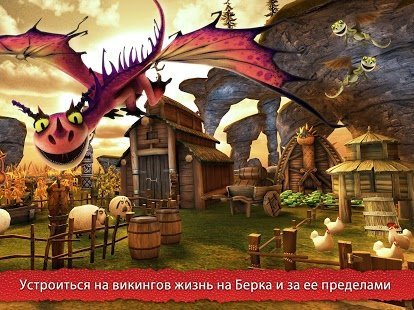 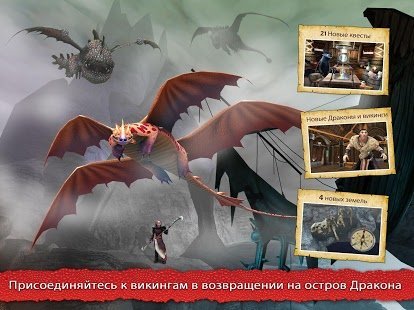 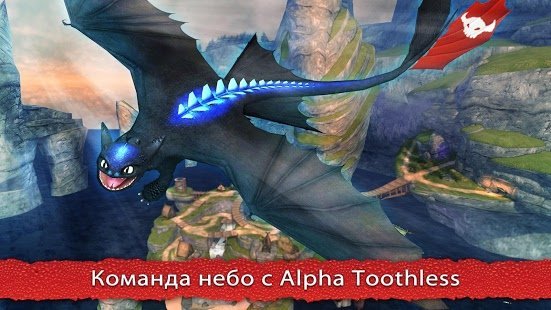 School of Dragons on Android-was created based on the cartoon of the same name. And kept all his best qualities. Here you can meet your favorite cartoon characters. And take an active part in their adventures.

The main advantage of the application can be considered that it is made not demanding to your device. It will go on a relatively weak device, but at the same time, the application pleases cute graphics, the picture here is not inferior to the cartoon. The app also pleased with an excellent soundtrack.

All events take place on the Northern Islands, already familiar to you from the cartoon of the same name. In the game you have to control the main character of the cartoon, which is here to explore the surrounding world of the game, along with his dragon. But first you will have to educate and tame your pet.

The advantages of the game include.
Truly colorful three-dimensional graphics.
A huge universe, for a mobile application, it turned out to be too big.
Ability to integrate with Facebook.
A character editor that allows you to quickly and easily create a new character.
The game has a simple but functional control. For a mobile game, the controls that we can see here are almost perfect.