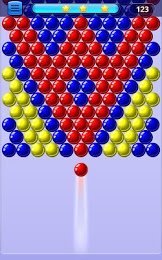 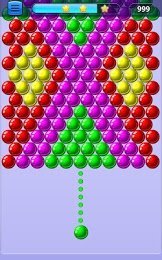 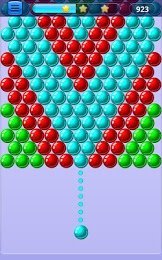 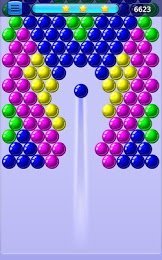 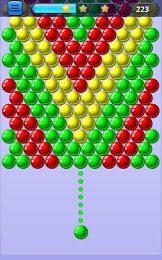 Bubble Shooter - is a fairly simple, but very interesting toy, with millions of fans around the world. In this application, everything is so primitive that with the gameplay itself will be able to understand even a small child who likes this project. The essence is very clear - you need to get balls of a certain color in similar blocks, which later disappear, and you are credited with experience points. With each new level will increase the complexity, so you will need to try in order to achieve maximum efficiency.

If luck is not on your side, and you will have a lot of losses, then the developers will give you a lot of different bonuses that help for further passage. Use the bonus laser, with which you can see the flight path, as well as try a huge bomb that destroys the balls of the same color throughout the field.

Most people will think that in this game some advantages, but they are deeply mistaken. Here is the usual graphics, in which there are absolutely no special effects. But, a nice advantage for owners of old smartphones will be a good optimization that allows you to run the game on the devices of 2010. Also pleased with the support of perfectly translated Russian language.