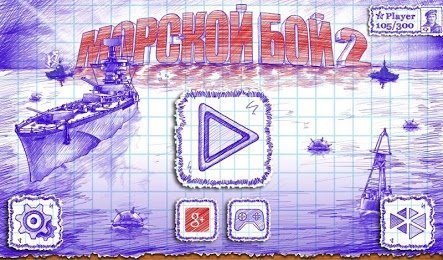 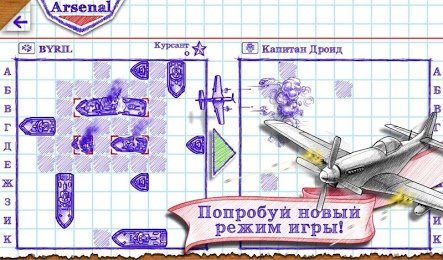 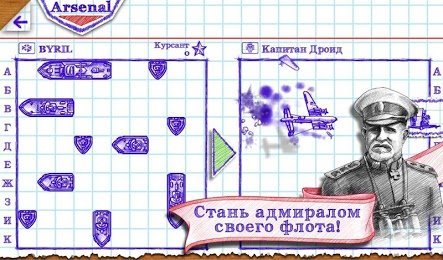 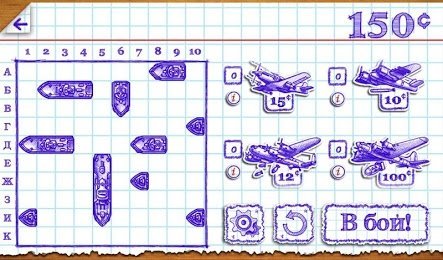 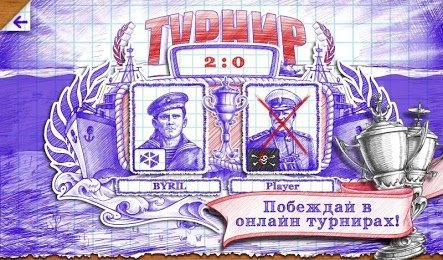 Sea Battle 2 - is an exciting action game for smartphones and tablets, which is familiar to many since childhood. Probably, many users at least once in their lives organized a competition with friends by drawing on a sheet of paper two fields, one of which is filled with their ships, the other as the gameplay develops, the opponent's swimming facilities appear. The number of moves is determined by the scale of the combat space.

In the mobile version, you do not need to draw anything, just press the start button and you will see an Arsenal ready for battle. You can play with computer intelligence, or with a friend, or other people online. Also being in the coverage area of Bluetooth, it is possible to use its services for incendiary confrontation. The gameplay is no different from the paper version, the meaning is the same-to shoot down the enemy flotilla first, which will be marked by an absolute victory.

Special problems with perception should not arise. The principle is clear, user-friendly interface, management at the level of primary school students. All that is required is an irresistible desire and the ability to think logically to accurately determine the location of enemy ships. Sea Battle 2 on our website, fast and free. Age restrictions fun has no rating is consistent with the content.