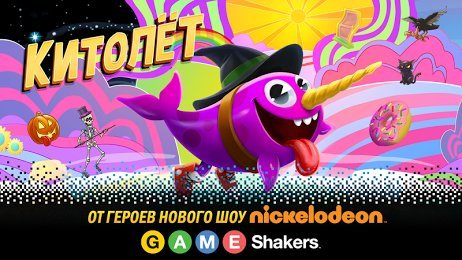 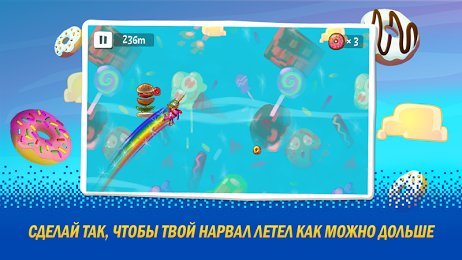 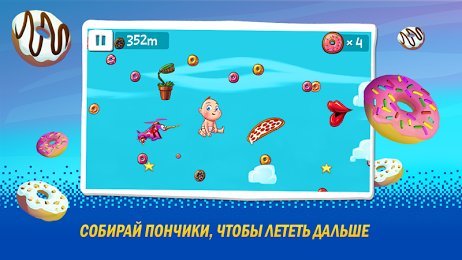 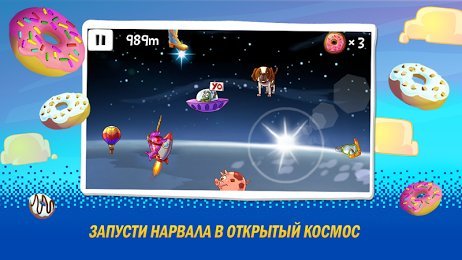 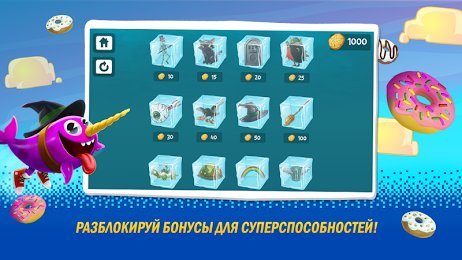 Sky Whale - a fascinating arcade application, which has a little bit of fun adventures created for smartphones and tablets on the Android platform from the popular TV channel. Probably Nickelodeon channel programs are known to everyone, children from different countries are happy to watch the actions of funny characters from popular cartoons and TV series. Creating their numerous projects, the authors with enviable constancy warm good kids, telling in a funny way about the generally accepted moral forms.

Many cartoon characters were honored and became the main characters of video games on mobile devices. The grumpy whale was not spared a similar fate. In the story, the narwhal flies out of the sea and soaring like a bird in the clouds picks up donuts on his horn. The main task of the gamer to pass as much distance as possible, collecting sweets that are needed to make jumps.

At its core, this video app resembles a runner, as it is absolutely endless. Compete with your friends and work colleagues by results in the tournament grid. Also in the game there is a game currency for which you can improve the main character, giving him special skills and the ability to stay longer in the air. Excellent graphic content and sound deserve the highest rating.