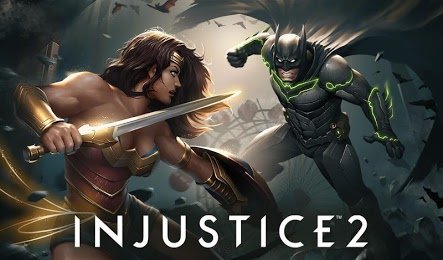 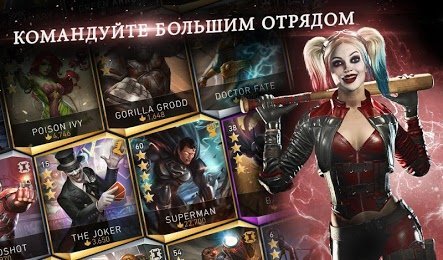 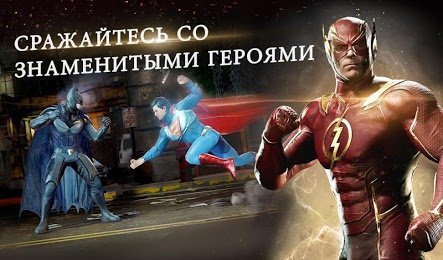 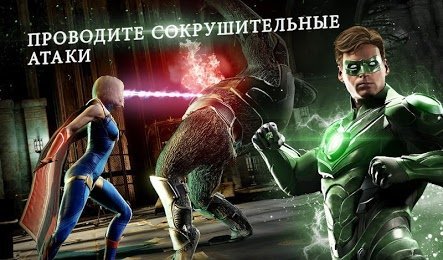 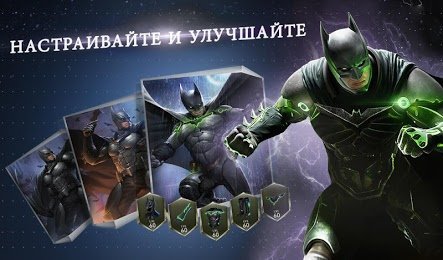 Injustice 2 - a dizzying continuation of a dynamic fighting game between superheroes and villains from the DC comics universe. Users will meet with familiar characters in the previous part, as well as the developers presented the characters who will come together in a deadly confrontation using a large Arsenal of cruel tricks, powerful blows and other tricks. The creators have included in his brainchild new extremely interesting modes and a lot of fresh locations that are full of all the colors of the rainbow making the arena a lot more beautiful.

In the story of the game we need to help the Dark Knight, save the planet Earth from destruction, but this will be a serious battle with opponents who are hatching sinister plans. The mechanics of the video game has remained unchanged on the screens of your mobile devices Android, all the same ruthless fighting game, with an abundance of quite exciting innovations.

Before the fight, you can choose a three fighters, crazy Harley Queen, brave Amazon Wonder Woman and of course Batman, but in the course of passing you will be available to fresh personality with which you can act. Management has not undergone major changes, attacks and combos are made using swipes and taps on the screen of the phone or tablet, but now you can attack during the jump, as well as to strike sitting.