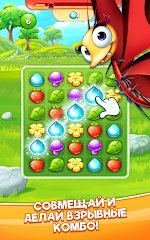 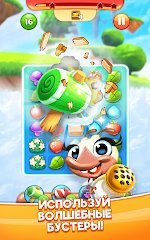 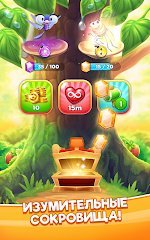 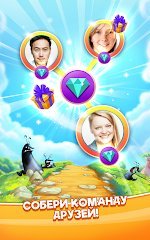 Best Fiends Stars - is a standard three-in-a-row puzzle game with funny insect characters. Throughout the game story, some strange force created slugs that live on the mountain, and after a while they became embittered creatures. In the end, they stole a lot of insects in the whole area, and also began to take over a lot of territory gradually. In order to stop them, the main character will need to solve many problems with sorting identical items in 3 rows or more. Along with this you will be able to move from one location to another, trying to rescue all his comrades.