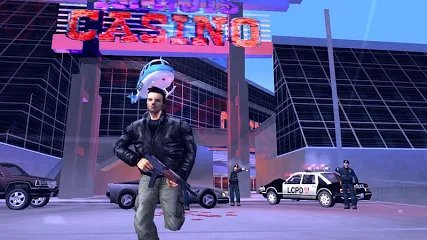 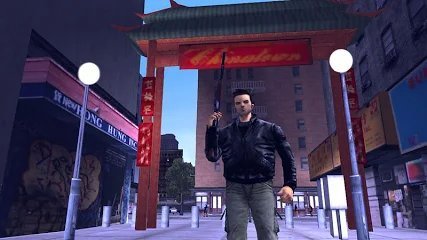 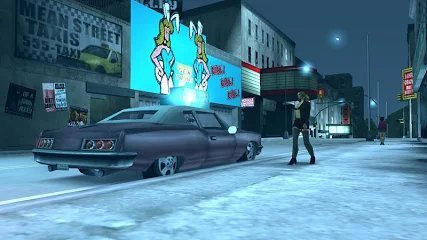 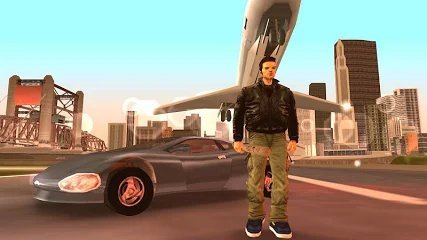 Grand Theft Auto III is a well-known chapter of the amazing series GTA. The player is able to explore the large locations as well as the whole world of GTA 3 that has a lot of interesting objects and details linked with each other. Now when we consider the fact that this game was developed for the smartphones with not so high-performance rates, it is great that such device owners are able to play GTA 3 with quite nice graphics and large-scale locations.

Players will be trying on the role of the nameless and speechless assassin who is going to pass through a terrible ordeal. Moreover, the main character of the game would be betrayed by his own people and he will get imprisoned as the result. But somehow, he avoided the prison and tries to start a new life that will be full of dangerous adventures and missions. The users provided by full freedom, so they can proceed by the storyline or blasting down the streets in order to have a knack of getting into trouble.

In-game graphics in Grand Theft Auto III looks good enough even by today’s standards of mobile gaming. The control buttons are also easy-to-use: the joystick at the lower right side of the screen is responsible for movement, the buttons at the lower left side is used for interaction with other in-game objects, for instance, auto theft, fight, or even firing from the firearm.

Some significant features you may don’t know about Grand Theft Auto III:

If you ever heard something about the GTA series, you should probably play this game to reminisce or get a new experience playing the game from beginning to end.