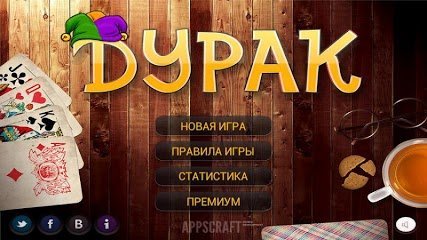 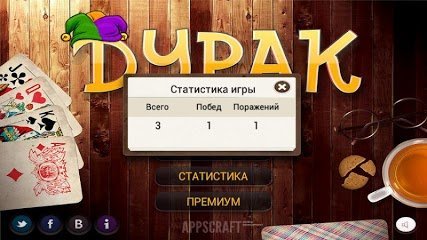 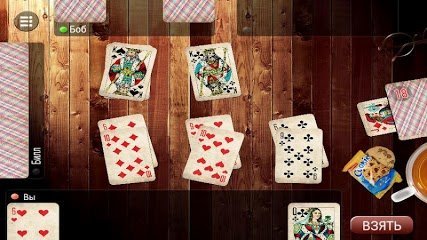 Durak Elite - all known card game. So you can now play your favorite game on devices with the Android operating system.

The main feature of this application is that here we have several versions of this game. Rather, all the most popular options, you can watch in one place. There will be absolutely standard options, such as a switch or a translated fool, and more exotic options, for example, Japanese or Armenian fool. In General, we can say for sure, starting to play, you will encounter many versions of the game, which is likely to have never even heard of.

However, immediately need to warn that the game was partially free, so you can play for free, only one mode, which somewhat detracts from the dignity of the game, however, not particularly strong.

Another disadvantage of the game, we can assume that we simply can not choose the complexity. However, instead you can choose the number of opponents with whom you can play.

Graphic design in the game is quite pleasant, the eye seen, at least, happy. Visual effects so generally turned out to be very beautiful and just nice, and they serve as a real taming of the game.

In General, we can summarize the above so all fans of this game in real life, you should pay your closest attention to this mobile game.