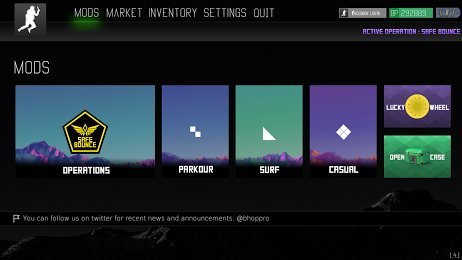 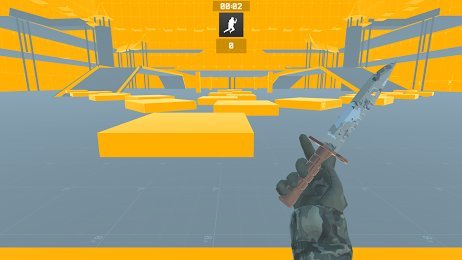 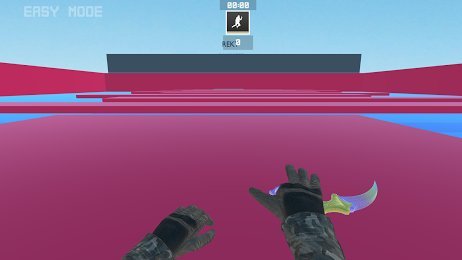 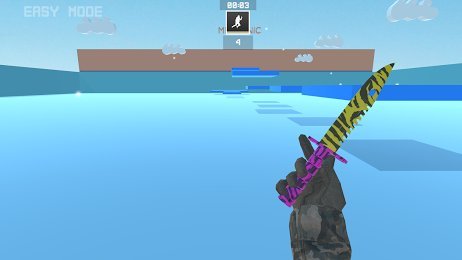 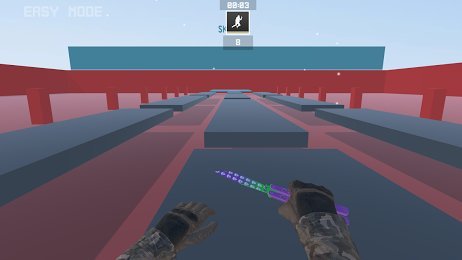 Bhop pro is an exciting stimulator that will help you hone the skills you need to masterfully complete missions in CS 1.6. This will be very useful for both those who first downloaded this game, and professionals conducting hand-to-hand combat with cold weapons. The main goal of the gamer to test their strength in this type of battle as "Bunny hop". A distinctive feature of this game is the lack of sparring and killing enemy fighters. The essence of the gameplay - to jump as far as possible to the right or left, which will require a virtual stick. You will have to get used to the controls, but as soon as the basic nuances are mastered, what is happening on the display will begin to deliver true pleasure. Since the developers have provided the player with an incredible number of locations and maps, as well as several modes. Cases with nishtyachkami can be opened for the earned points. Their contents are very useful For you to solve a number of game tasks.

the Graphics do not stand out with special colors, but also do not spoil the overall feeling of Bhop pro on Android. There is no Russian translation, but this is not a problem. The only thing that really seriously upsets is the lack of changes in the seasons. Throughout the passage, you will find a harsh winter. In other respects, the toy turned out to be high-quality and worthy of the attention of users.