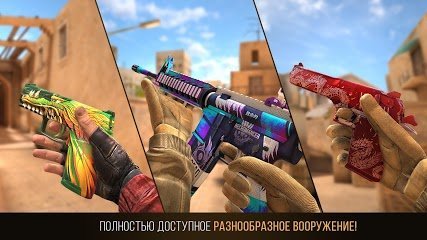 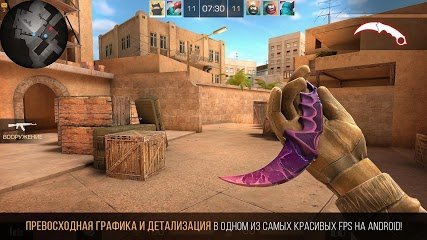 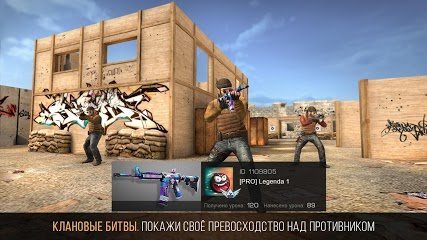 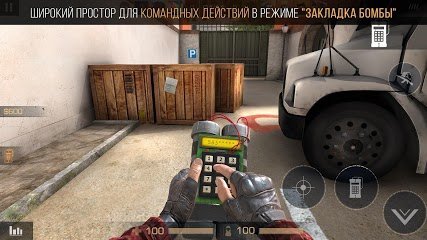 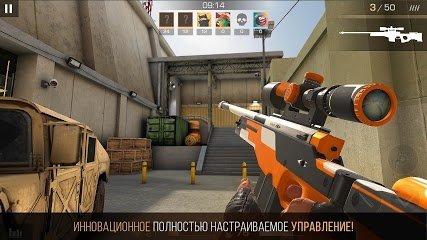 Standoff 2 is a first-person multiplayer shooter gaming application that was developed in the best traditions of shooters. There are two teams to battle against each other within a fairly limited environment. That is obvious that all in-game locations were designed based on the Counter-Strike but the game area is not so large but apart from that, the game is more interesting and vibrant.

The in-game controls of the game are well adapted to the mobile devices that have the touchscreens since the user can utilize the controls both at the left and right corner. The gunfire button is may be specified both at all corners of the screen by default that makes the shooting much easier.

Playing this game, you will face with a modern weapon, a significant number of gaming locations, contemporary battle modes, etc. The special and terrorist forces will battle with each other at the battlefield. Each user is able to select the desired party and battle with enemies. Standoff 2 is a multiplayer game so you need to unite with other users and find allies since the lone wolves cannot win their battles without an assist.

The key gaming mode of the game is a Deathmatch where two teams are required to battle with each other within five minutes of gameplay. Unlike Counter-Strike, you should wait for five seconds to become alive if you were killed to proceed with the game. Moreover, this shooter has three different gaming mode, each of them has unique opportunities for the player.

The gaming application has built-in chat with a wide range of stickers and emoji, which will help you to express your emotion during the game as well as to meet new friends.

The other features of Standoff 2 are the following: