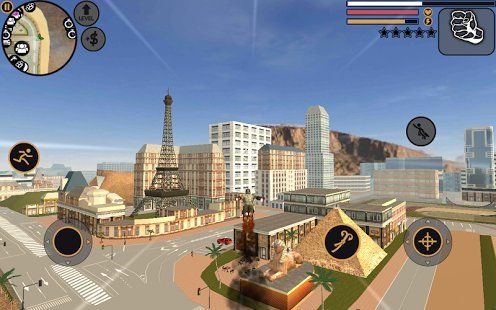 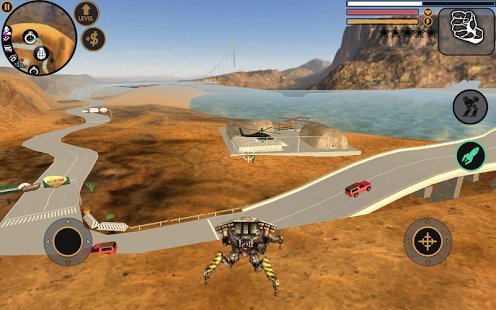 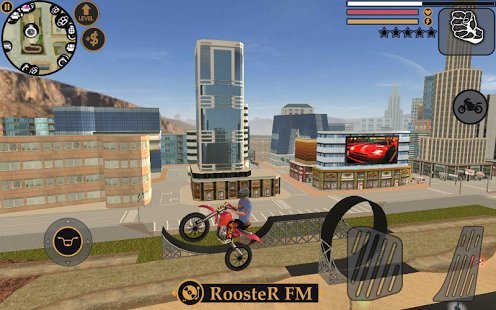 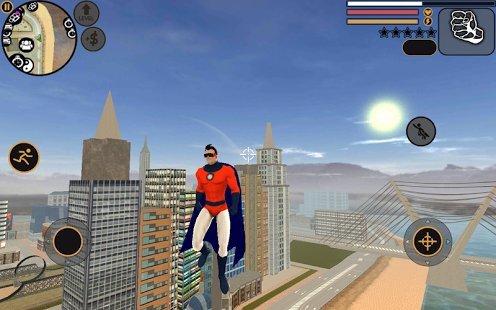 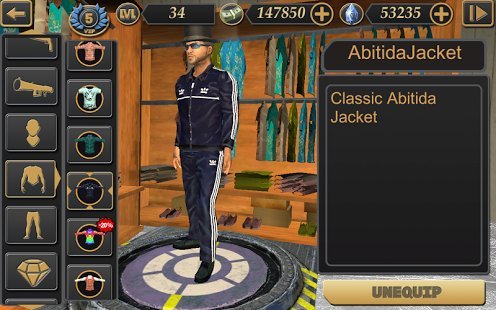 Vegas Crime Simulator - on Android-here we have a game that can be safely called a clone of GTA. At least both in terms of plot and gameplay, it strongly resembles the latter.

But at the same time it is impossible to call the game bad, although it has adopted a lot of GTA, the game turned out nevertheless, active, bright and just fun. Pay attention to it is not worth it, it has a lot of advantages, and there are practically no disadvantages. Of course, against the background of computer GTA, such a game is somewhat weak to crumple, but against the background of other mobile games, it is at least pleasing.

There are no missions in the game, you will just explore the surrounding city, and use it for their entertainment, you can create anything that comes to mind. It is all created exclusively for you. Here you can steal a car, fight with passers-by or arrange a small war with the police, do not limit yourself to anything. Although no one promises victory over the police, but the confrontation should turn out to be at least fun.

In order to make it easier for you to navigate in the city, there is a mini-map. The fleet on which you will be able to go, pleases with a variety, here even tanks are.

The physics in the game are a bit unrealistic, but it's not particularly annoying. But the graphics turned out to be average, in some places, and at all frankly unsuccessful. But the background music is, for the most part, consistently happy.