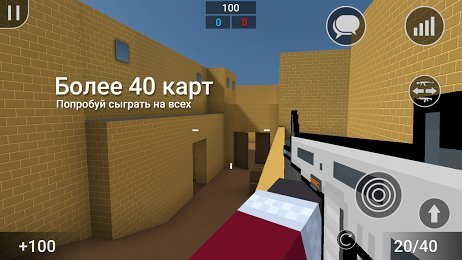 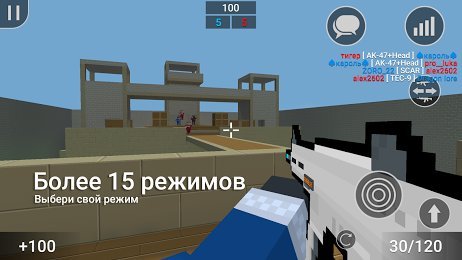 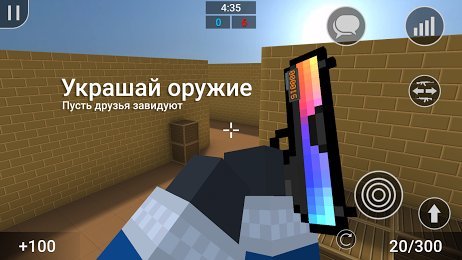 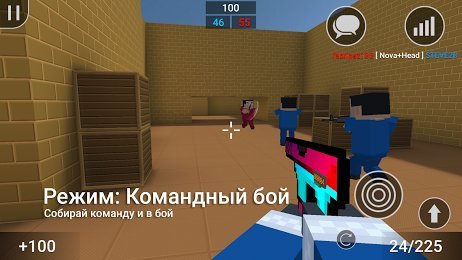 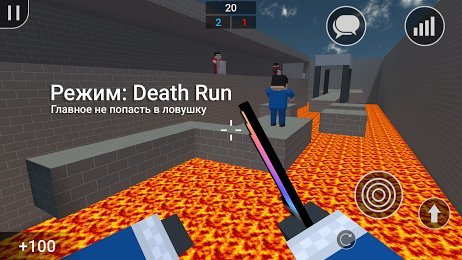 Block Strike is an online action game in the genre of surviving project, developed by Rexet Studio. In this application, users will get a lot of beautiful locations to explore and wide choice of shooting equipment.

For getting the victory in battle, players need not only to increase the proficiency level of weapons’ use, but also to master attentiveness and logical thinking.

Besides, Block Strike allows players to try playing-with-friends mode in order to get better results, as the concept of this game works according to the rule of power that is hidden in unity and players are able to experience it themselves. Apart from over mention gaming mode, there are PvP, team-playing, Death Run, Zombie Survivor, Racing, Bunny Hop and Surfing modes. After getting bonuses in case of victory in the battle, users will get the opportunity to upgrade their weapons and influence skills proficiency level of their characters.

In return, players will have the possibility to enjoy good optimizing system of this project, its beautiful graphics’ components and entertaining and both relaxing game play with amazing unique features. But unfortunately, there are some disadvantages of this game users may face the complicated game management, many advertisements and necessity of doing donate. And also some sounds need improvement, but there is a hope that everything will be fixed in a while, as developers provide players with a good technical support.

And summing up, Block Strike is a good representor of games of this genre and will become a great entertaining application for people of all ages and genre preferences that will guarantee them an interesting time spending with incredible opportunities to master some transferrable skills of focusing on the certain issue and logical thinking practice.