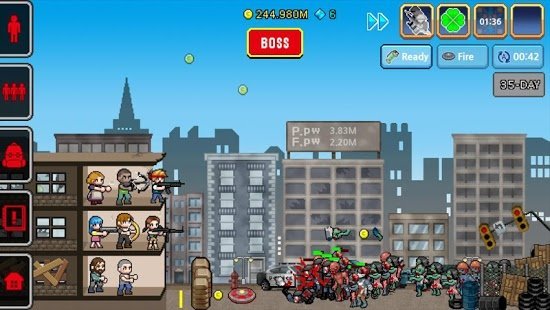 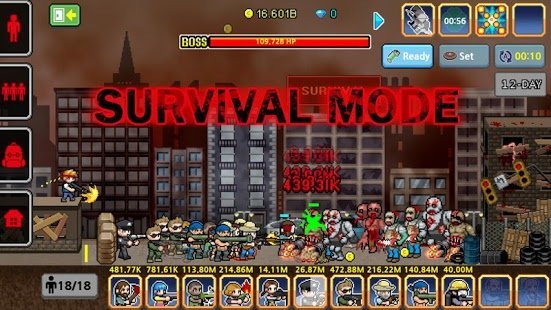 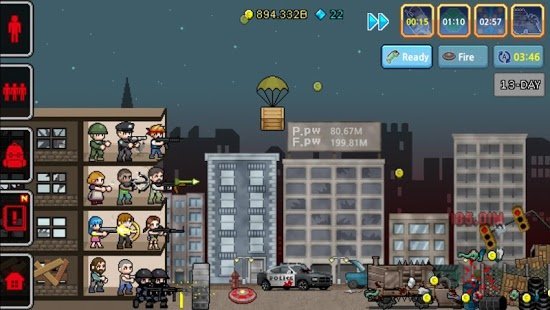 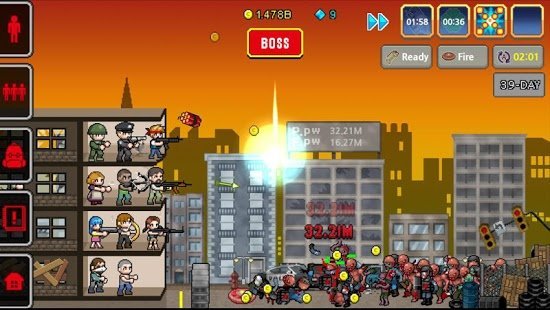 Your attention is presented to the newly colorful Android action game for survival. Rich juicy colors stages and a lot of new items designed to eliminate hordes of bloodthirsty zombies.

Gamers will take on the role of an ordinary young guy Peter, who managed to survive alone among the hordes of insatiable zombie creatures in the apocalyptic era. With each passing level of strength and experience of the hero gradually grow and he constantly has to fight with the terrifying rippers and eaters of human flesh.

Gamers have only one goal-it's 100 DAYS - Zombie Survival, and survival in the world of zombie Apocalypse, as well as not to let his heroic character to die in this ruthless bloody battle. Destroy the vile dead in all sorts of ways, and as a reward get gold, which in the future may be spent on the purchase of more powerful weapons.

At first glance, the toy looks pretty unpretentious and a little boring, but in reality gamers will have to develop a full-fledged strategy to eradicate gluttonous evil spirits. Find a temporary safe haven and make plans to save the world. During the day, the walking dead are clumsy and weak, they can be easily overcome, and when it is pitch night, it is desirable to hide somewhere in a secluded place.