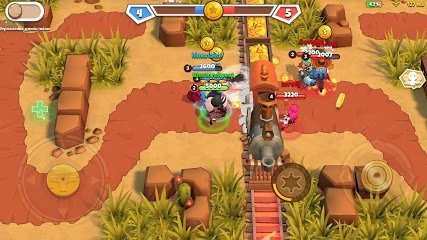 West Legends: 3v3 Team Battle - In this game you will need to choose an interesting character, who will eventually be able to go to the battle arena on a three-minute battle, you can destroy all your opponents. Start to fight the enemy team on a variety of playing cards with personal rules, and try to prove to everyone around who was able to win the West. The time has come when you must charge your guns and sharpen knives, and also to show everyone around who the father and master! The graphics in the game performed at a sufficiently high level, so that you can gain a good mood for the gameplay.