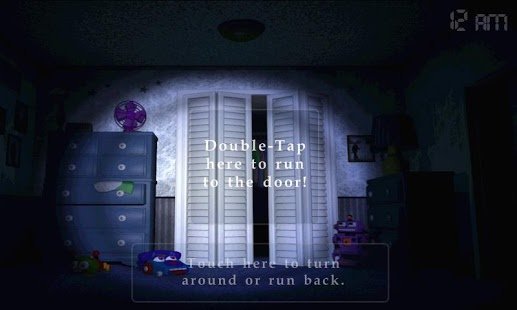 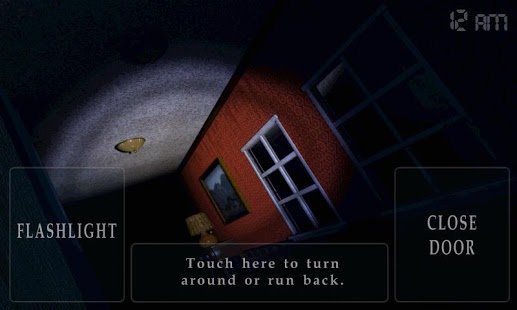 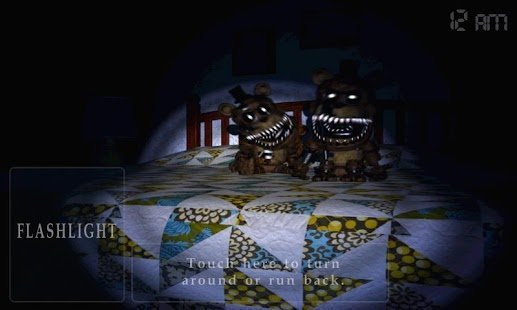 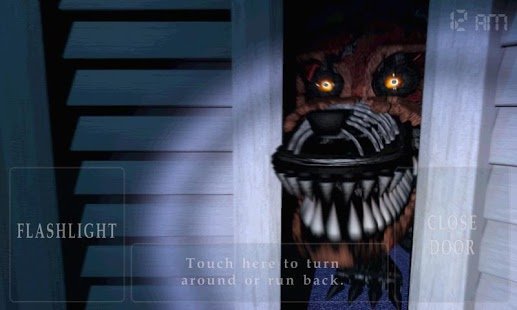 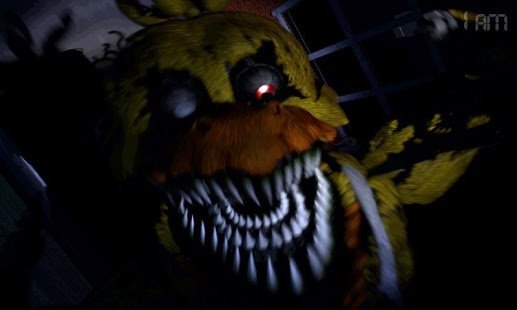 Five Nights at Freddy’s 4 is a fourth and the last part of the well-known horror saga that causes fear among the Android game lovers starting with the first release of the game in 2014. From that moment on, the game has become the symbol of the mobile horror gaming industry for less than a year.

For once, you shouldn’t spy the pizzeria via security cameras or perform something like this. Rather, you would manage the young boy who is required to protect himself against the horrible creatures that are hunting him in the darkness and hide in every dark corner ahead.

If you were playing other chapters of this horror, you will know that the meeting with animatronics would be rather absolutely nothing positive than good enough because they hunting over the main character in order to kill facing off in one-on-one contests.

The strange toys surrounded a little boy who was left alone in his room. Now he should do something with that to survive. Originally, you will find yourself in a small room with three doors that can be opened using swipes. Each of the three doors can be closed but unfortunately for a period of time. In doing so, you should stand behind the door and hold the needed button.

As for the other useful items, the boy would able to use a flashlight but it can be insufficient comparing to the cameras and batteries as it was in previous chapters. In this regard, you will be required to focus on the other indicators to stay alive. The player should carefully rush from one door to another highlighting the way using a small flashlight. Close these doors if you can to avoid the scary creatures of the Five Nights at Freddy’s 4.

The major advantages of the Five Nights at Freddy’s 4: