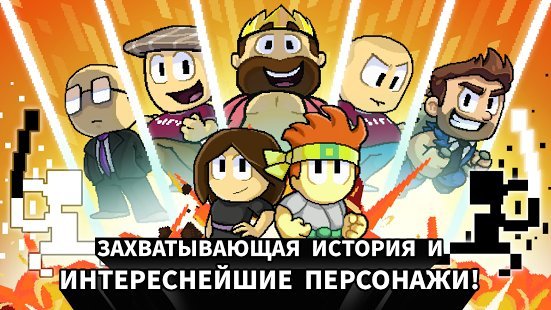 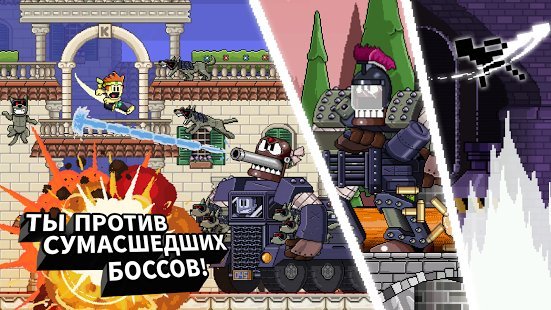 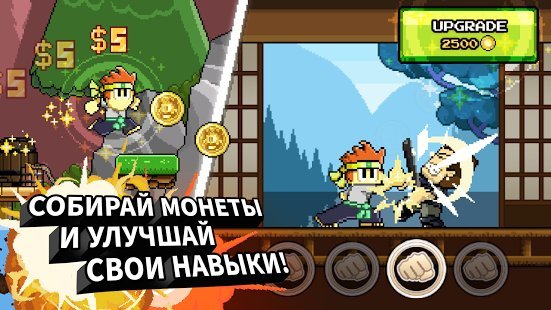 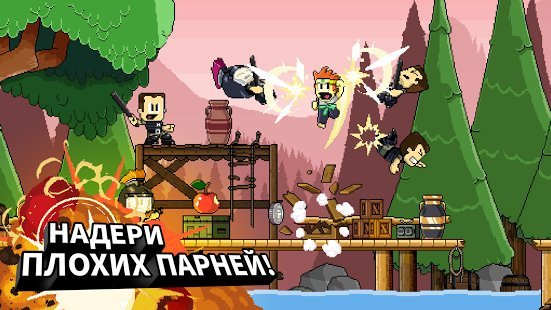 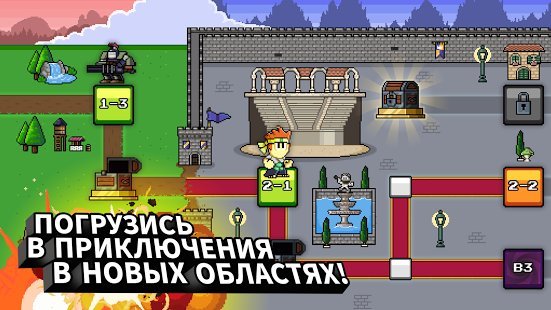 Dan the Man - is a great arcade with action elements from the developers of Halfbrick, from which we are used to seeing a lot of popular games. Enjoy a great adventure, which is made in the pixel graphic style. The main task of the main character - is to destroy all enemies in its path, as well as to save from prison his beloved beauty.

On your way there will be more than twelve fascinating levels on which it will be possible to use various types of weapon. It is also possible to play a large number of other modes, and thanks to the other characters and their abilities, your mood will always be on top.

The game has pixel art, as well as a huge number of great special effects, along with great sound design. There is a Russian language, because of which anyone will be able to understand the settings and menus of the game. To update the characteristics of weapons, as well as the main character, you need to collect coins obtained as a result of the passage of many levels.

Engaged in the study of a large number of caves, as well as secret places in which the jewels are hidden. the Game works on all devices, but if you have less than 1GB of RAM, the game app may not behave correctly. Good luck!