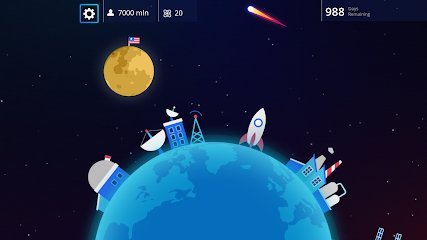 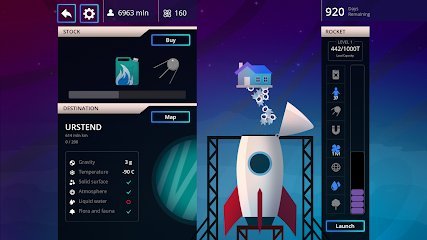 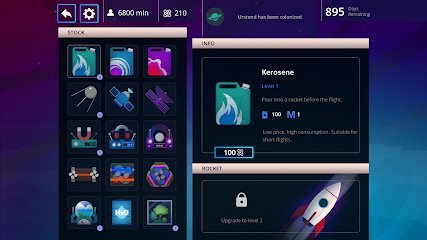 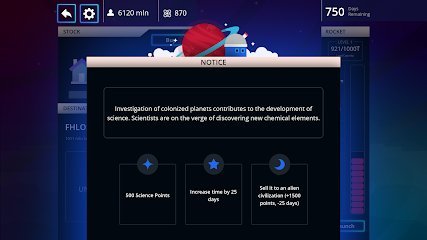 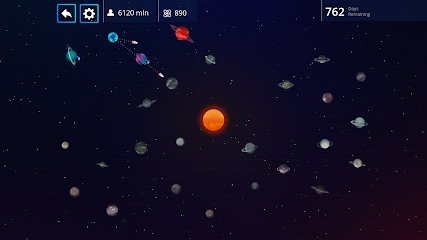 1000 days to escape - we present to your attention the most interesting space simulator on Android, in which you will need to deal with the settlement of people on distant planets. In this game, it is said about a fairly serious topic, presented in a comic way, which is quite an interesting move. Habitation on the planet Earth will soon be completely able to evaporate due to the fact that an unrealistically large number of babies will begin to be born, which will fill the world with themselves. Scientists have made calculations that there is still exactly 1000 days of oxygen left on Earth. At the world security summit, a popular Corporation was instructed to make a huge space company in order to move all people to other life planets as much as possible.