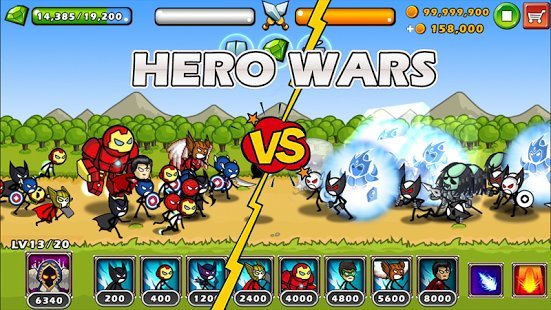 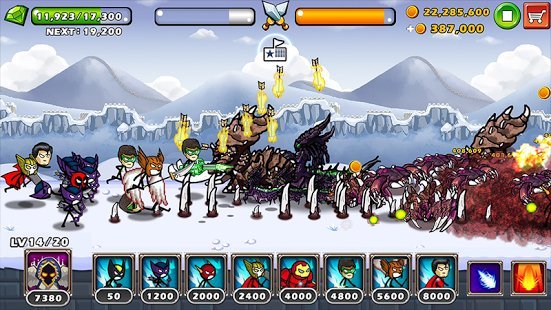 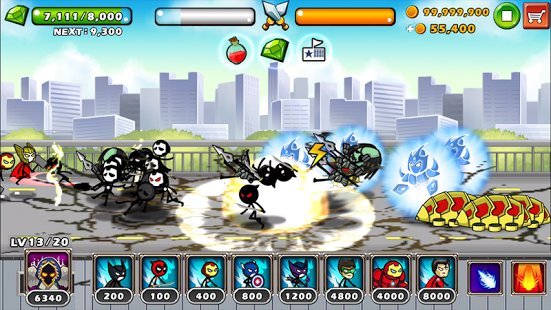 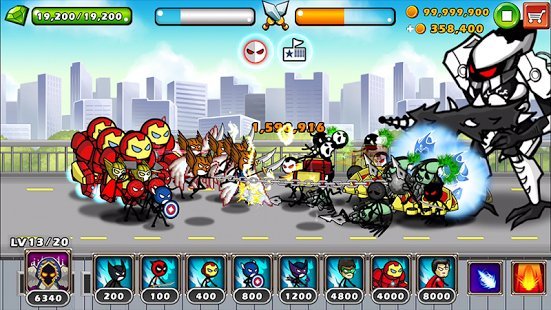 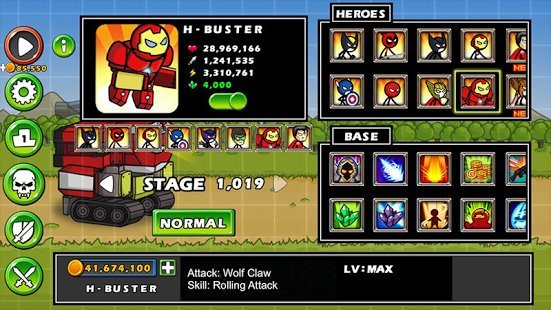 Defensive-type games are back on smartphones again. If you are not aware of such projects, then quickly download HERO WARS: Super Stickman Defense and enjoy a great game. We are sure that this game application will bring you only positive emotions. In the universe, 2020. The earth was filled with many new races. Every year they get smarter.

On the street, the main character will meet a huge number of mutants, as well as aliens from another planet. In a short time, they have destroyed entire districts and cities, and now they want to enslave an entire planet. Fields are burning with blue flames, buildings are only ruins, and instead of roads now only fragments of them. The enemy's strength improves each time, becoming more dangerous. If they gather in strong fantastic armies, it will be very difficult to defeat them.

This world needs a hero who can resist other life forms. You need to do everything to save your native land from attacking aliens. The player must always keep the defense. Initially, you need to build the right strategy. In fact, it is a simulator that works in real time. You need to create a base with proper and powerful protection from enemy fire. Use combat weapons, as well as their assistants. Each character has abilities, as well as lightning attacks.