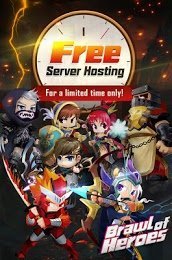 Multiplayer for Minecraft is an arcade that allows the user access to new options of the well-known game Minecraft PE for Android devices. The user has the ability to invite other users around the world for cooperative actions with unique game modes, which based on the notion of different game modes. You can change the game mechanics with the use of this application while the graphics, control system, craft system as well as the in-game atmosphere stay untouched.

You can play your favorite game online with friends with the help of Multiplayer for Minecraft. The multiplayer mode enables the user to invite up to 10 gamers online per session. These users can pick both red and blue teams. If you really want to start playing with friends – just download the application and start enjoying your game.

The key feature of the game lies in the fact that only you have permission to set up a server in order to grant access for other users around the world. But if you want to avoid cheaters and spammers, you are able to set a password, so the only friend that you invited could join the game session. There is also available to set up some game settings as well as to select the location of the battlefield of the game.

Moreover, take a look at the major features that provides Multiplayer for Minecraft for the gamers: