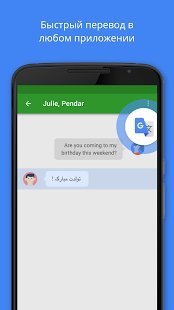 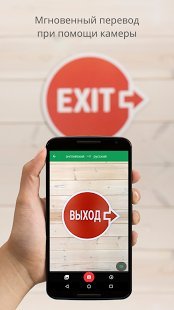 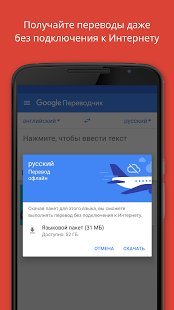 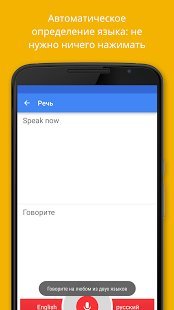 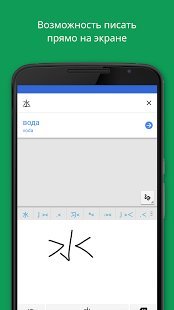 Google Translate - Is a fast and convenient translator created by Google. The main feature of the application is that it is regularly updated, and just improved. There are new languages, new features and just improving the quality of translation. If a few years ago, the translator could give just a meaningless set of words, now the text is quite readable, albeit with errors.

The peculiarity of the application is that you will be able to translate not just text, but also for example signs, if you have a camera on, and the Internet works. You just point the camera at the sign of the store, and get the translation of the text. Moreover, the program itself will determine the language in which the text is written, and translate to the one that you need.

With a professional translator application is not able to be compared to understand. But at the Amateur level, it works very well. For example, if you are a tourist, and you need something to translate or read on the road, the translator will help you out just be sure. Well, students who study foreign languages will appreciate the usefulness of such an application.

The interface is extremely simple, but at the same time functional, so that a person who has never had to deal with this translator, will be able to quickly understand its functionality, and then use it for their own benefit.