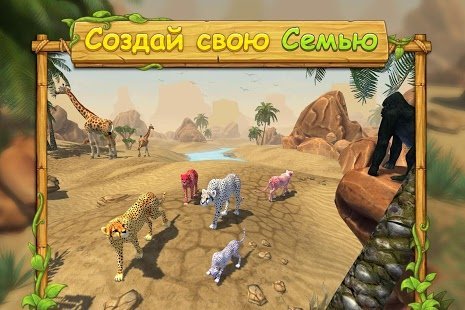 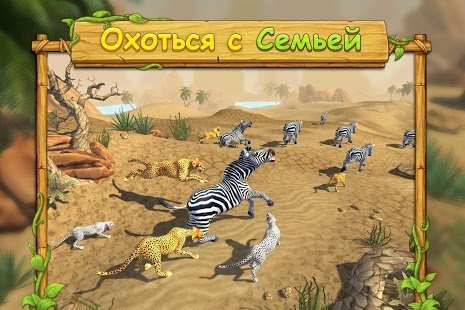 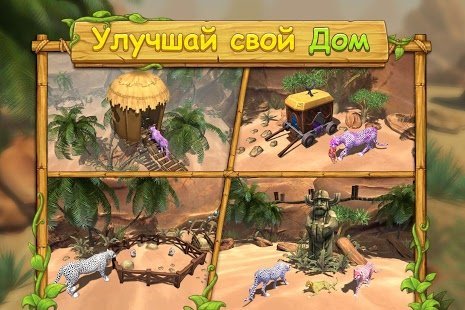 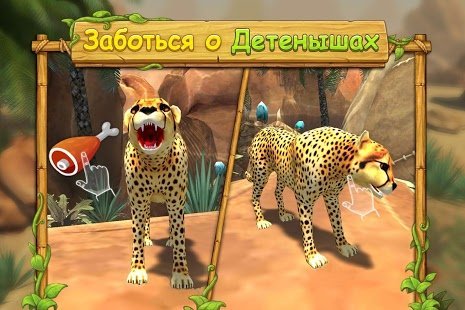 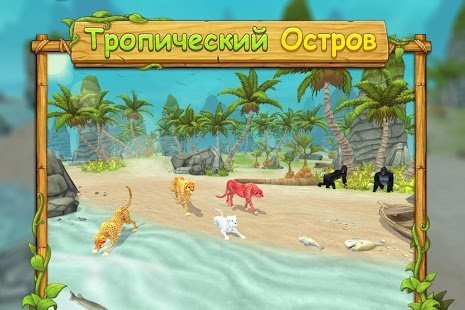 Cheetah Family Sim - Animal Simulator – a fun simulator in which you will have a unique opportunity to try on the skin of a large cat. On the one hand, the game was quite original, as simulators Cheetah, still somehow not particularly common were. But on the other hand, the game turned out a little damp.

The graphics here are mostly decent, it turned out a little cartoon, and at the same time a little simple. But at the same time, at least on mobile devices, something like this for the most part looks decent. The sound is also good, but nothing really special shows.

The gameplay is quite interesting. Starting to play, you will have to hunt animals. Since your Cheetah will constantly want to eat. And in addition, the game can also make and offspring, which also have to feed, and in this case, you have to hunt a lot more.

In addition, the game will be attended by other predators, lions, crocodiles, hyenas, which can pose a serious threat to your Cheetah. So you will either have to avoid them, or try to drive away predators from their prey, which quite often can end for your Cheetah, not especially good. So it is better, you just do not mess with opponents who will be dangerous for you.