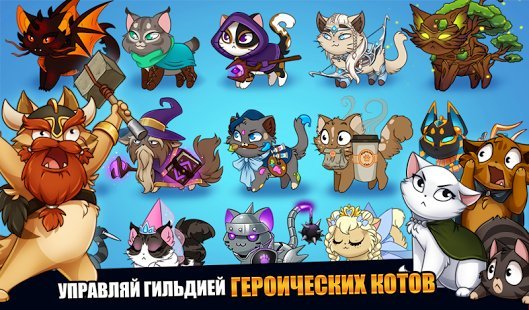 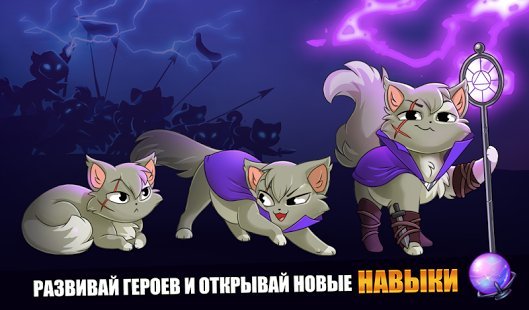 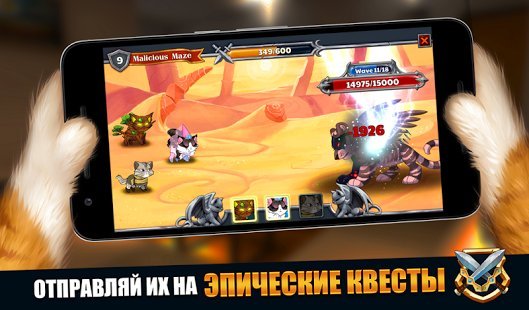 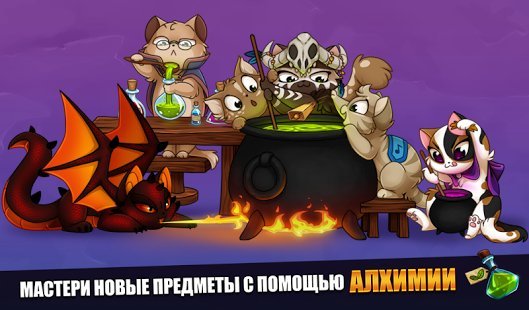 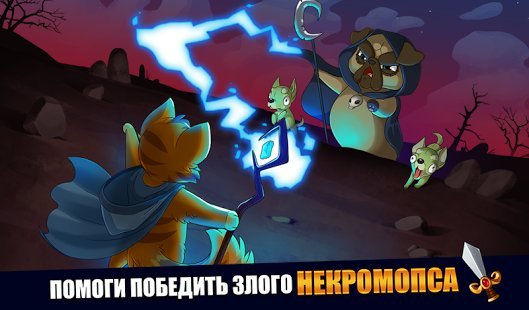 Castle Cats on Android – game in which you have to deal with cats warriors. Rather, you can create your own Guild, with cats. And then you have to lead your cats to victory.

In the game you will work with cats, each of which has unique skills and abilities. Which will be useful to you to win. In each battle will have to use a new ability, thinking, as certain skills, your cats. Will help you win a decisive victory.

Production after victory, you can use for bleeder and evolution your Kotov. After that, they will become stronger, and will be able to achieve victory more effectively.

Some feature of the game is that your cats can behave absolutely unpredictably. For example, can fall into a rage, and attack opponents, not paying attention to your desires. Ah or make still something strange, so that you can lose battle exclusively because, that your cats, began to too willful. Understandably influence similar you not can raze, remains only to live, and stoically pereterpet their similar self-will. Well or at once in the beginning to make in their strategies the possibility of such behavior.

Well, as opponents tend to come across you quite complex, so expect a simple victory in the game, you do not need. Battles will be extremely difficult, but bright.

Purrfect Cats -Cats are the Best-