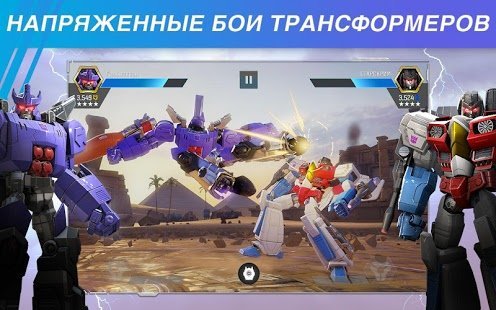 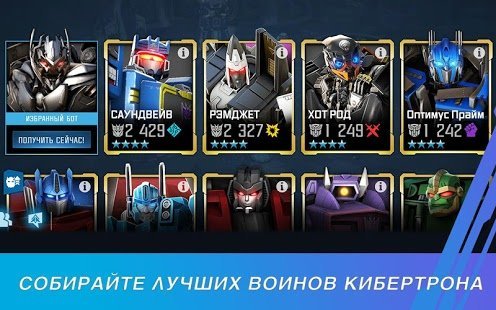 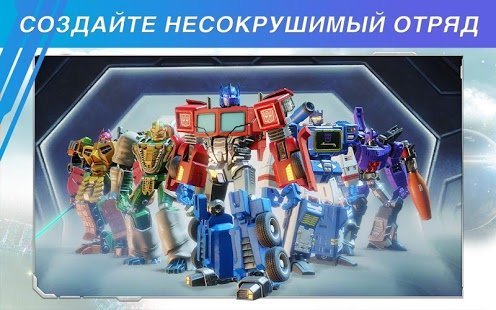 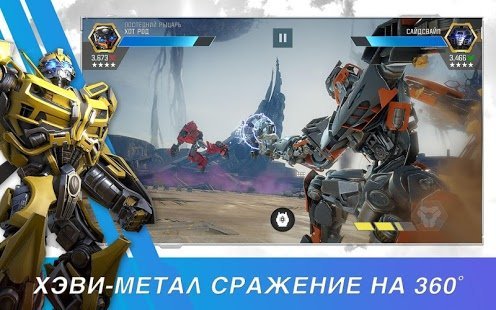 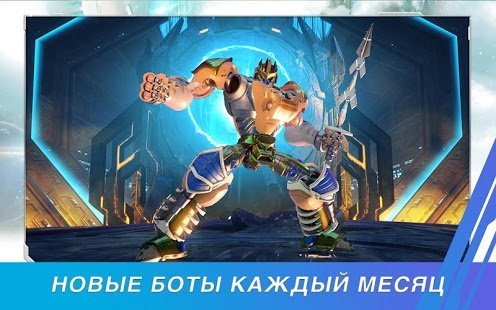 Now all robots will be able to fight in a deadly battle. Do you want to join their team? Then quickly download to your smartphone TRANSFORMERS: Forged to Fight. Your squad will consist of all currently known transformers. You can win the battle for the universe by joining forces with all the Autobots. You will have many obstacles in your way. In the story there are intense moments and interesting gameplay. The creators were inspired by the original versions of movies based on Transformers. Now you can personally watch the battle of robots on the screen of your smartphone.

Search around the world for the necessary components;
Fight against gamers from all over the world in real time. To defeat them, use special attacks and collected energy. Travel across vast deserts;
Inviting your friends to the game, you can create an Alliance. When friends are around, it will be much easier to get a victory;
Keep the defense of the main base with a large number of bots.
You can always take revenge on the attacker, giving him a rematch. It is also possible to go on raids, capturing enemy property;
Most players wish to obtain an expensive reward. You will need to go to locations in search of useful information.