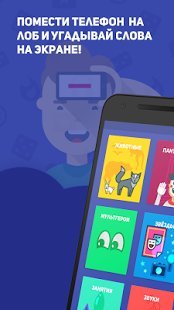 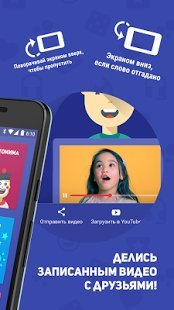 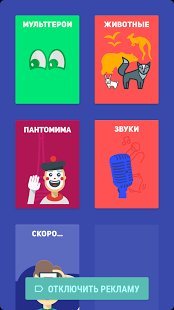 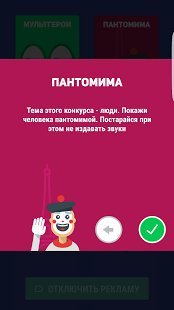 HeadBang! the game is fun and just the original game. However, just need to warn, the game is not designed for one person. So you need to play it with the company. Moreover, the smartphone itself is rather an auxiliary device, which, however, for the passage of the game, of course, is very necessary.

The meaning of the gameplay is this, you press the smartphone to his forehead, while the other player pantomime trying to explain to you what was depicted there, your own business to guess. The game can be a variety of categories, ranging from cartoon characters and ending with animals.

In addition, the application has a function that records the antics of your friends, when they will explain to you the pantomime, what was in the image, there can always be moments that you want, then save it for memory.

The graphics of the game is bright and colorful, though at the same time, it turned out to be somewhat cartoonish. That, however, only gives the game some additional appeal.

The disadvantages of the game include the fact that it is albeit free, but not quite. What is expressed for the most part is that to open new categories, you will have to view the promotional video. Moreover, in order to unlock a new category, you have to watch a lot of videos.