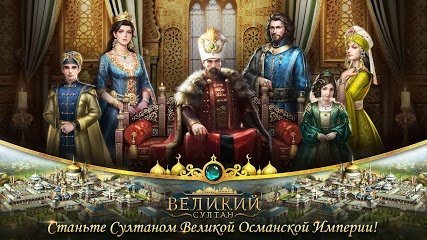 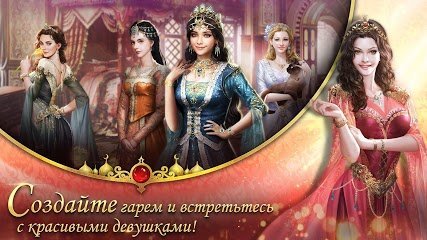 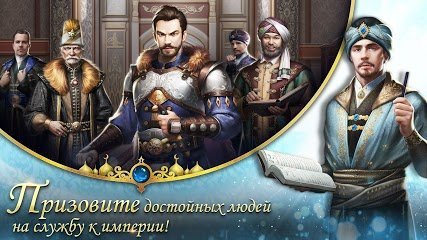 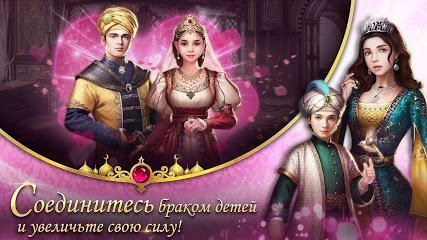 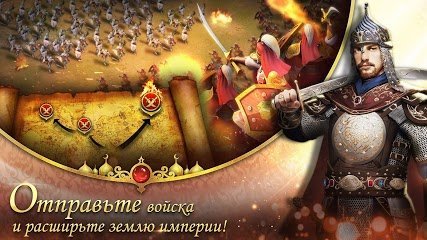 Game of sultans is a role-playing game, where players will be able to feel the spirit of the Ottoman Empire and try a role of its governor.

This game play has a lot of tasks to complete, but it is up to players whether to manage implementation process and give it to other characters or do it themselves. Specifically, players will have such assignments, like forminh a guild that will be able to protect the settlement, taking care of dynasty extension by marrying their daughters with local princes totally the way this process is showed in some Turkish sudsers, like «Magnificent century» and expanding the areas of possessed territories.

This application consists of such areas, as sultan’s palace, banquet yard, arenas, palace board, academy that your slaves are allowed to visit for getting education. Also there are lots of mini-games that are included to this project, so users will not be getting bored for the long period of time. What is more, players will be able to stay in touch with the slaves, palace workers and their relatives with special chats that developers added to this app. So after downloading this game, users get into the other world, full of its own mysteries and advantages.

Also in the Game of sultans players have to develop the characteristics of their sultan in order to increase the overall rate and get developed fighting skills, which will help them to get a victory in the battle with invaders. By the way, developers provide users with several battle modes that will delight the fans of fighting strategy games.

And apart from that, Game of sultans has a lot of incredible technical features, such as detailed beautiful graphics, engaging plot and addictive levels. In order to get extra bonuses and fully enjoy this game, users are encouraged to invite their friends to it.

Dragon Castle: The Board Game
Comments (0)