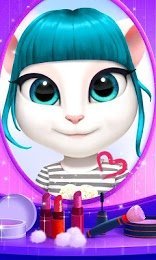 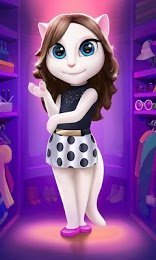 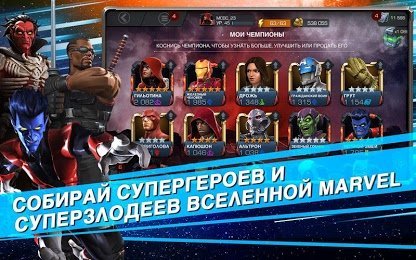 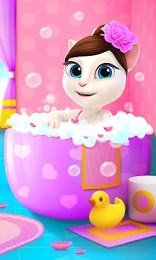 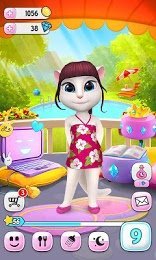 My Talking Angela is a new version of the well-known game My Talking Tom but oriented on girls where your main goal will be to take care of a little kitten Angela. At first, it will be just kitten but your objective would be to raise a kitten to be a cat.

This game has a wide range of different features and options for the player. The key is in the fact that you can interact with Angela like a real baby, feed and take care of her, put to bed. You can feed the main character of the game using different food such as cookies, vegetables, and even hamburgers. Moreover, you will be able to wash her and brushing her teeth by performing the actions that are familiar to the teeth brushing in real life.

Notwithstanding, Angela not only eats but also sleeps and taking a bath. In My Talking Angela, you will also be able to play some different mini-games so you can enjoy the time spending together and have fun. You will go to do shopping together in order to buy her some new dresses, wigs or other useful stuff. Nevertheless, you will collect the pictures of Angela and add them to an album aiming the further exchange.

My Talking Angela is a more extended version of such games that has many different additional options as well as has the improved graphics. There is no doubt that this application will be useful for child development and their future reintegration into society.

What you should note about this awesome game: