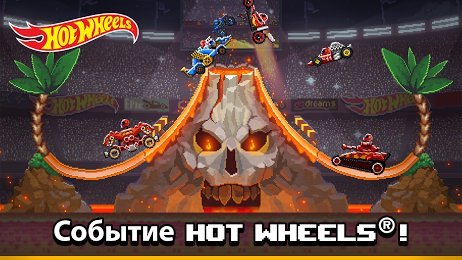 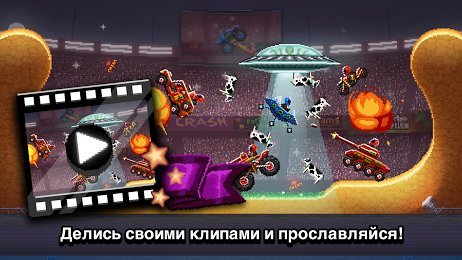 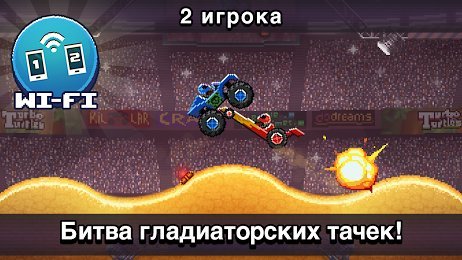 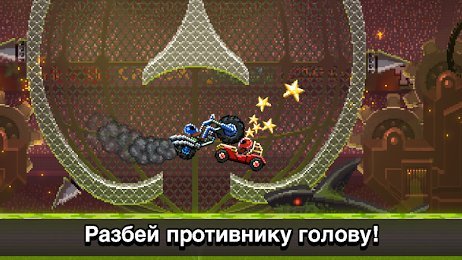 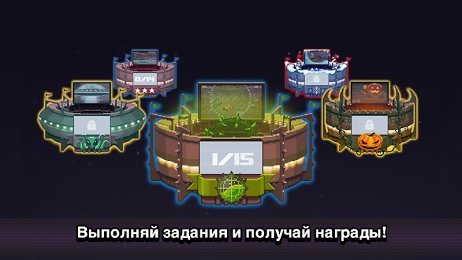 Drive Ahead! is an exciting racing simulator with non-standard mechanics because here players don't have the task to reach the end of the track as fast as possible.

According to the app's name, in this project, players will need to Drive Ahead! their competitors and demolish them with the help of various car-hiting tactics. Besides, players will be provided with bright game play developed in old-school genre that is full of ear-pleasing soundtracks and overall great technical features of realistic mobile entertainment.

There are two gaming modes in Drive Ahead! - PvP and single-playing. In the first one, players will fully enjoy playing process by participating in exciting battles, while in the second will possess a great training area, where they can master their strategy and fighting skills. For victories in this PvP mode users can increase their rate and get bonuses, which they can exchange into new car models and developing their garage. Alongside with already mentioned positive features, users will be able to try various winding tracks and the opportunity to synchronise their game accounts on other devices.

That is why, in total the fans of such game's genre will get a great entertaining project, but some proficient players may get bored with really simple management system and limited opportunities for vehicles' upgrade. What is also not so good, is that developers do not provide users with instructions and so they need to test action strategy straight in the battle mode, so for complete novices that app is not the best solution for acquaintance with this genre. But for those people, who simply want to interestingly spend their free time with not really complicated plot with tough missions and so with no big brain's load, Drive Ahead! is exactly what will fit these preferences.