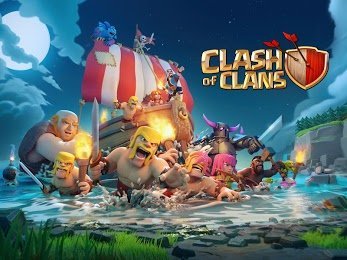 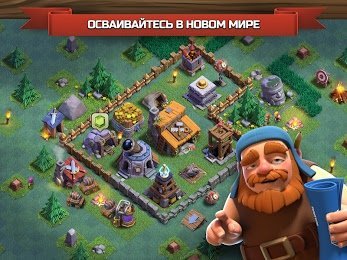 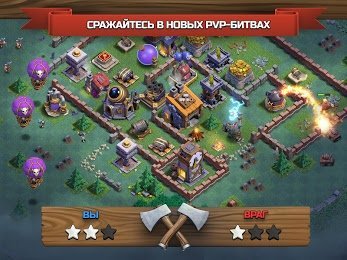 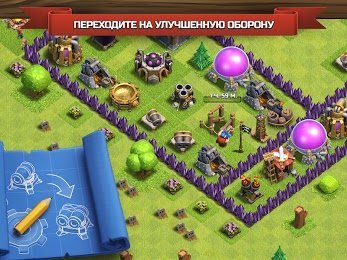 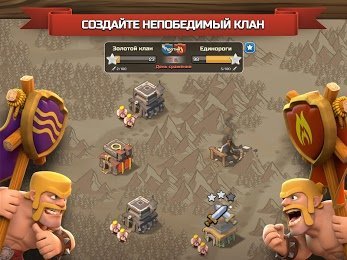 Clash of Clans is a real-time strategy game with elements of dynamic RPG developed in Scandinavian game’s style with typically impressive animation. In it users will have an assignment to create a settlement with two gaming modes – in this first one, players have to manage the guild of their workers that have the aim to develop that virtual city and in the other mode they have to protect buildings in the online battles.

In Clash of Clans players will be provided with 12 fighting arenas and 80 various characters to choose from, besides, they will get regular updates of this game and opportunity to have extra bonuses for spreading the friends-invitation link. For each attack in a multiplayer game in case of victory users get Cups that help them getting into prestige gaming leagues and this league allows users to take higher position in the overall rate – so that is how it all works.

Though there are some disadvantages of this project, like the necessity to deal with donating options and mandatory advertisements, Clash of Clans is a good representor of its genre and has many hidden pros inside due to different challenges with well-developed graphics, simple game management and great sound lines that will delight fans of all game’s genres and turn this application into the great time-killer. All of that features will not let anyone to get bored, as users will be constantly defending and thinking of gaming tactics and in that way will be able to develop the ability to immediately focus on some things.

And what is also important, this application helps players to develop logical thinking, communicative and team-building skills even in the online mode. But these skills still remain useful as they can be easily transferred to the real life after mastering them in such safe environment, as this application.