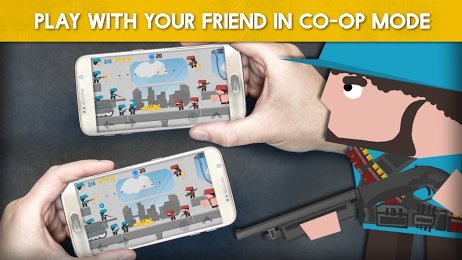 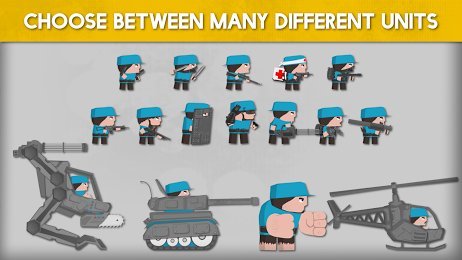 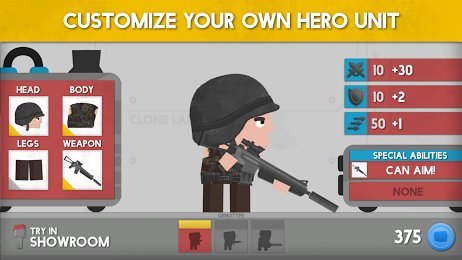 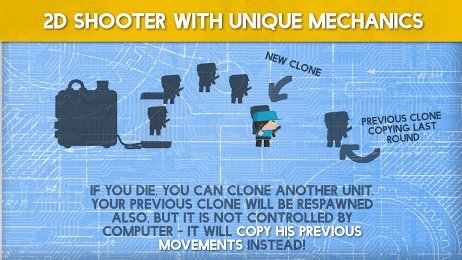 Clone Armies will give the opportunity to enter the world history in the ranks of the legendary commander, who were able to accurately and mobile control the whole AMIA clones. There are two types of military forces – red and blue. The army will be continuously updated, and the number of soldiers will be multiplied by several soldiers. Military equipment is quite diverse and among it you can find tanks, helicopters and machine guns. All of them are irreplaceable at the front and can lead to an unconditional victory.

In the struggle for the title of the best army, any methods and means will be good, the most important thing is to work out and correctly build tactics, so as not to allow the enemy to take away the leadership, and pull the blanket to his side. The gameplay is divided into level sectors, featuring stages not only in appearance and background of the battlefield, but also a list of additional quests. In the case of fulfillment of all conditions and win you will be credited with the corresponding amount of points. In order to grab the maximum points will have to work hard, because it is necessary to control each unit.

Among a number of features of the game, the emphasis is on mechanics, the office will not find an analogue among other strategies. Management is quite clear and does not need an explanation, a variety of units and missions is very large, and additional tasks will only make peppercorn, complicating the task.