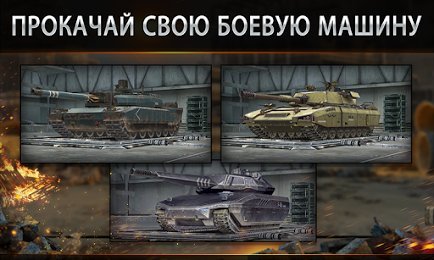 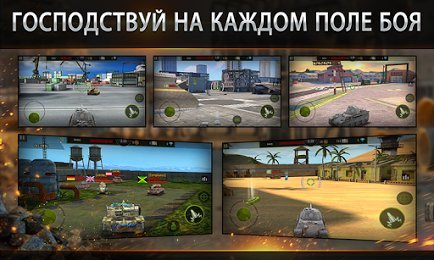 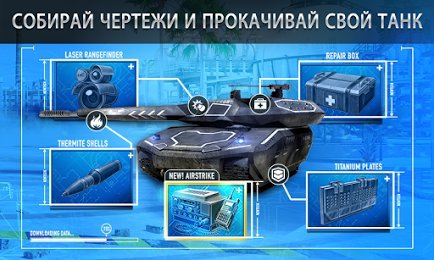 Iron Force - an exciting and incredibly dynamic action game, adapted specifically for portable gadgets. You have to defend the integrity and crushing power of the tank in various parts of the world, where there are military operations and fierce battles iron monster is an indispensable element if the army wants to win. You will not be able to ignore that the gameplay and the surrounding atmosphere is similar to the multiplayer type World of Tanks, conquered tens of millions of players vast planet.

Despite the similarity of the mechanics and physics of shots, only in this game there is an opportunity to ride on the tanks of the future, which no one has seen, but if you dream up, it is quite real that soon it will appear. Imagine a brave tankman on the spot, who in a fit of rage and desire to destroy enemy troops goes to the victorious end, not caring about survival.

In this application, you will not meet the levels of progress of the passage and the other of gradualism. The reason is simple, you will not be interested in fighting in artificially created conditions. The multiplayer principle is much more realistic and includes the game from the first seconds of the battle. As for the interface and management, everything is very banal and should not cause third-party questions. Aim and shoot, trying to catch the enemy transport as much as possible.