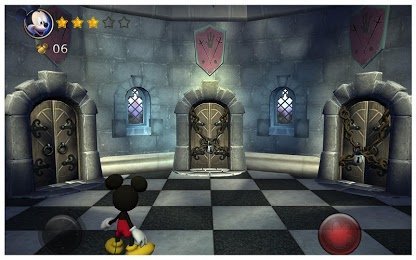 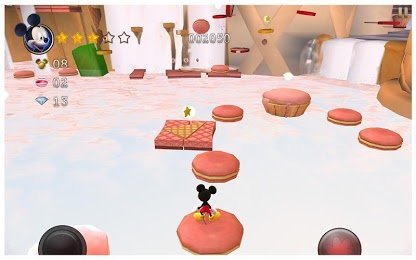 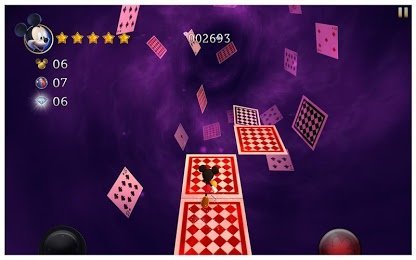 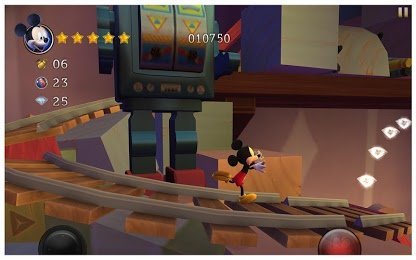 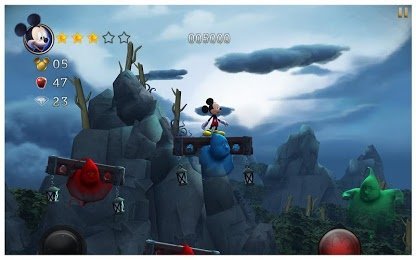 Castle of Illusion - the game was made by Disney. Toy is a remake of a very old platformer, which was released in the distant nineties of the last century on SEGA. The developers have increased the level of graphics to modern quality-it's not the texture of eight-bit Dandy. What will be required from the user for the passage of the plot? You need to explore the whole castle and save your favorite girl named Mini.

Going into the first door, we will see three locked doors, behind which different tasks are hidden. After passing the stages, we can climb to the second floor. Just be careful not to get caught by the guards. In the process we will find gold pendants. To gain access to new doors, you need to collect a certain number of crystals. If you have the right amount of gems, the game will open the gates to the second Chapter. At the end, we meet the boss, who will bring bonus points for a quick kill.

Control is performed as standard for consoles, in the left corner is a virtual joystick, and in the right two buttons manipulation: throw an object and jump. Lives are the stars, if they run out, you have to start the level again. Along the way we will meet additional mini-games, runners, puzzles and riddles. If you consider yourself a fan of Mickey mouse, then this application is sure to appeal to you.