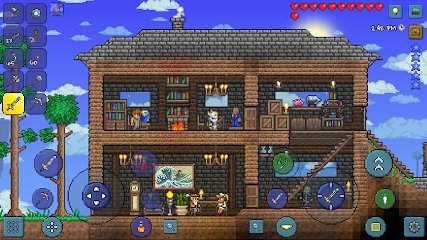 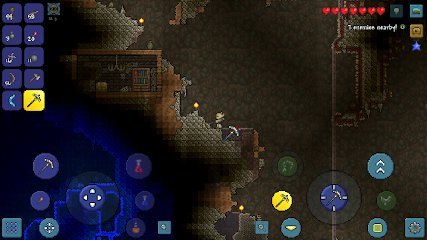 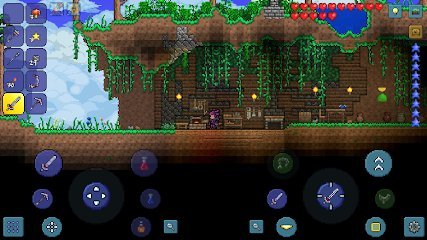 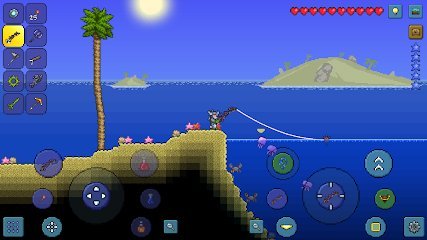 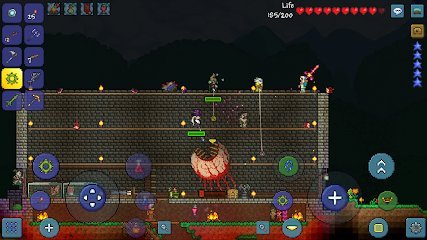 Terraria is a popular game for Android devices that has a similar pixel graphics with another famous game for PC and Android OS Minecraft. Originally, the project was released for Windows and was available to play only on PC. Nevertheless, lately, there is available to download and install a special application for mobile devices.

Terraria is a 2D game that has pixel graphics. It is also available in the sandbox mode. The key goal of a player is to explore and master an endless virtual world as well as to survive among the enormous figure of enemies.

There are some interesting facts about the game:


Another feature of Terraria is random stories. Each player selected the desirable pursuit for the character being able to interact with all given elements. Do you want to build? Not a problem! Do you prefer to hunt the main villains? Get ready for development of some combat skills.

The main character is able to mine some useful materials, to build houses and stable defensive positions, to handle various useful resources, to create knives, sticks, clubs, and firearms, etc.

The labyrinths of the game world are saturated with a variety of caches that contained a new weapon. You should also remember that you definitely need to check out the weapon before you are going to attack the enemies. Keep in mind to build your defensive positions since a serious tower would help you to stay alive in a pinch.

The game has the only one key goal – to survive at any cost. You can also play with friends – the game supports up to four players in multiplayer.