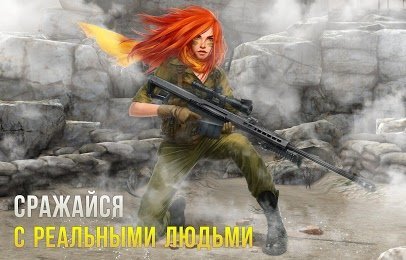 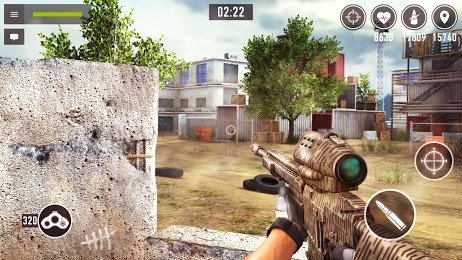 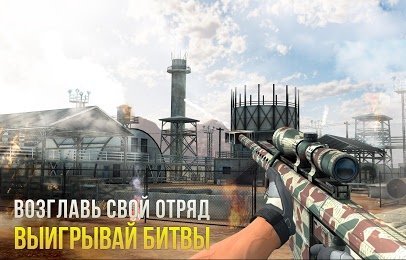 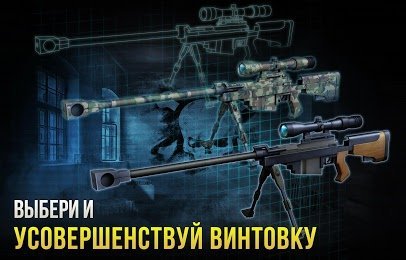 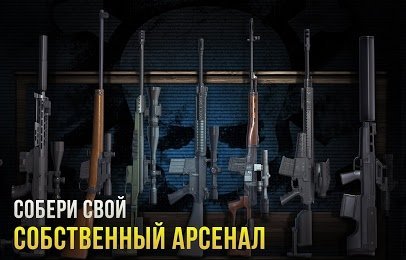 Sniper Arena: PvP Army Shooter - a fascinating sandbox for a professional killer who is armed with a powerful rifle and protects the barricades from opponents. The app is very popular among users, over the past year it was downloaded by about half a million players. The whole secret lies in the competition, online mode allows you to fight in skill with three competitors. The speed of aiming and killing affects the final result.

Download to your phone and running, we immediately gets to the main menu, where a cute girl offers to be trained in the initial skills of a sniper. Taking a favorable point on the tower, we begin to focus on the sound of the enemy and quickly eliminate the goal. Having passed the basic lessons, for us open almost all the possibilities for further development of the character. The game has a lot of unique chips. You can upgrade weapons, improving their characteristics. Optics-helps you focus faster and has an enhanced zoom. Barrel-accelerates the flight of the bullet and the accuracy of the gun. Body kits-reduce reloading, spread of bullets.

In the application there is an unpleasant donation. For a lot of money, wealthy users can solidly accelerate career progress and get good bonuses. It is also worth noting that illegal resources have already created cheats that greatly degrade the gameplay.