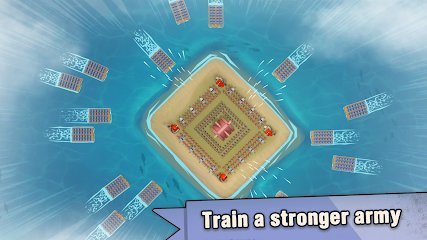 Island War - the entire universe was submerged under water and only a few Islands remain, where the battle for government and resources for survival will constantly take place. Nothing will be the same as before, everything has changed, and especially people who are not disturbed by others. Island War is a meaningful RAID of warriors from a huge number of ships, protecting themselves from which is only possible by teaming up with other players and going through many different missions together to win against sworn enemies. Make a strong army and defend the Peninsula as if this is your last chance at life (and in this mobile game everything is exactly like that). In addition, you can not only protect your own territory, but also RAID other castles yourself, where you can get loot and give it home.