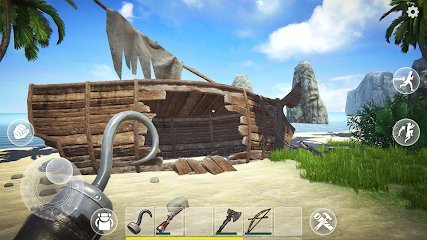 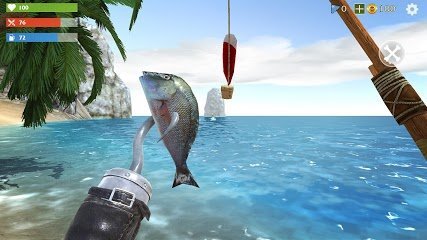 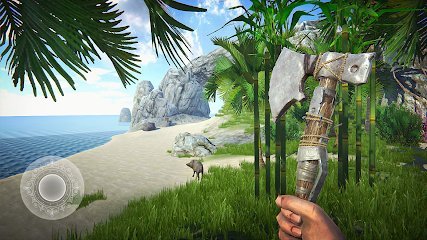 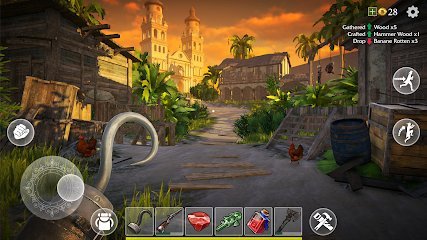 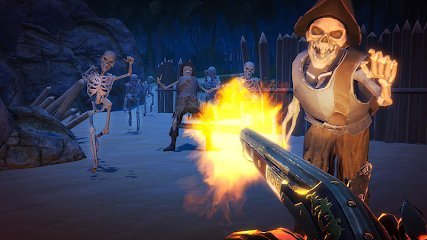 The Last Pirate: Island Survival - a rather unusual action game in which there are elements of survival. The main character of the game must become a real pirate. Once, it is a quite bad situation in which his ship was wrecked, that whole team died and only he survived. The protagonist of the game came on a special island, where he will need to fight with everything around for their own lives. For this he will need to develop many different weapons and tools that he can make on the island of received materials. Along with this, he also will fight with various monsters and skeletons that will be on the island to do everything to destroy you.