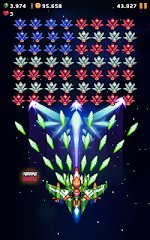 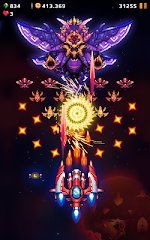 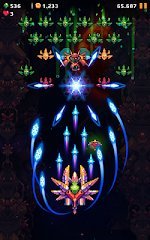 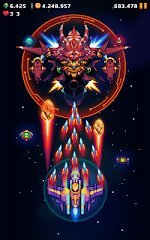 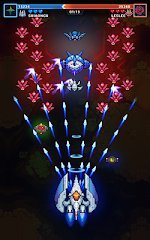 Galaxy Shooter - Falcon Squad - enjoy a classic scrolling shooter where players will need to fight with a large number of aliens on your way. The plot of the game in the near future people were able to make a successful colonization of a huge number of planets. But the aliens thought that this will worsen their situation, causing them to began their own attacks on the colony. Players will need throughout the gameplay fight with aliens, depriving them of the ability to capture the spacecraft, which are under the control of the people. Use a large ship, which can be improved in different ways.