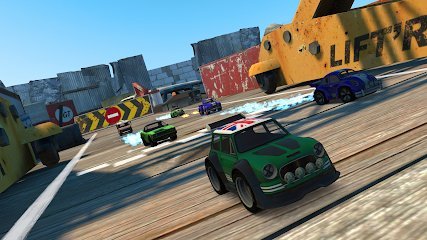 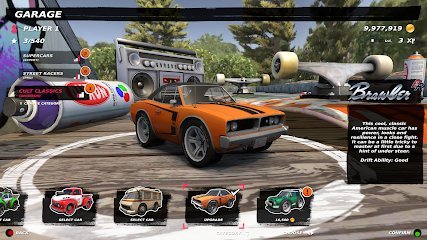 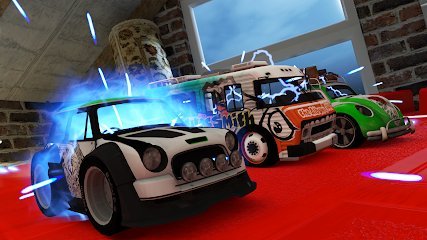 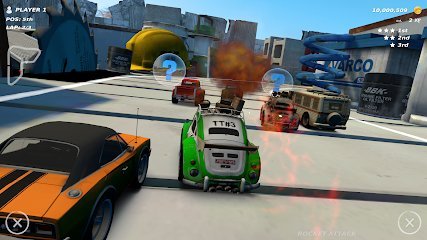 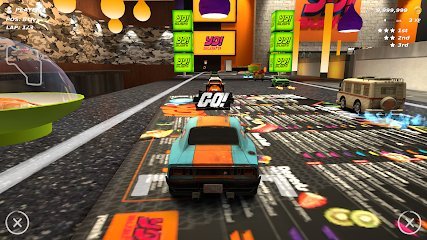 Table Top Racing: World Tour - Nitro Edition – is an arcade racing game for your smartphone, in which there is single-player and online mode. The maximum in this game will be able to play eight players, and thus you will be able to fight for the top places in the ranking. Get behind the wheel of one of the sixteen in the game machines, and actively participate in military races, which will take place on various routes. Master in perfection, about thirty are in the game races and ride at the maximum speed, overcoming on the way a lot of obstacles. Challenge professional players from around the world, or fight with your friends.