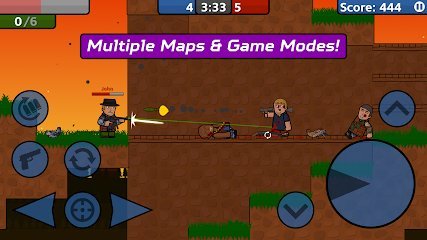 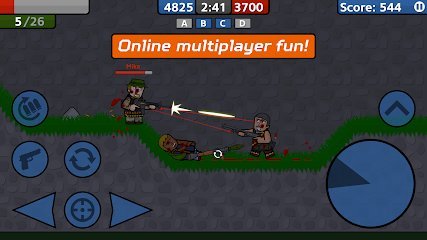 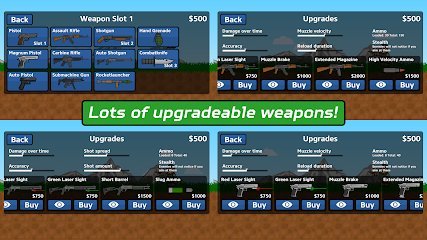 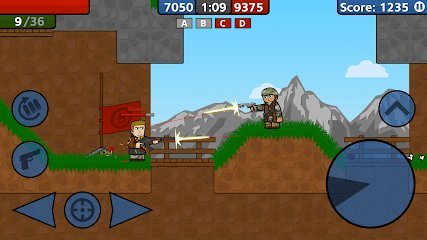 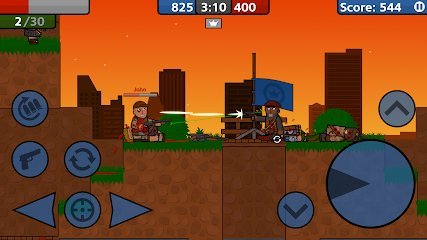 Wargunners: Online 2D Shooter - is a 3rd person action game on Android, in which you can fight with your enemies. In this game there are several game modes in which you can take an active part against bots, or challenge real players. Only seven players can take part in one task at a time. Throughout the gameplay you will control the main character of the game, trying to lead him through a large number of obstacles and difficulties, constantly fighting with dangerous opponents on his way. Earn credit, buy up to eight weapons and upgrade them throughout the gameplay. Compete with gamers from all over the world and try to prove to everyone around you that you are the best player.