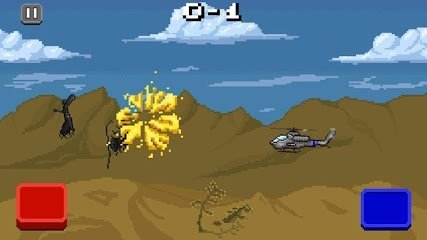 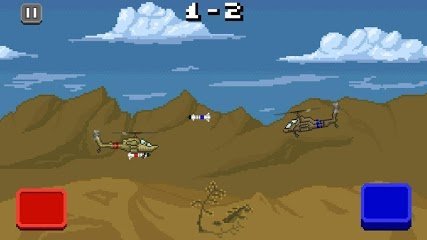 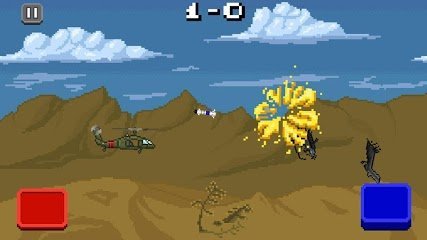 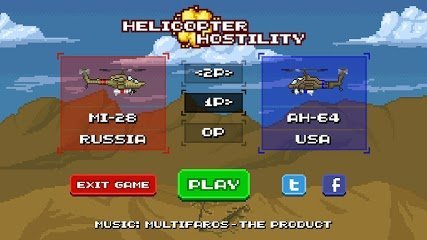 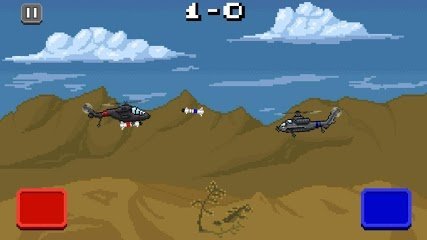 Helicopter Hospitality - is an interesting action game for Android, in which you can control a real helicopter. Now from this moment you can be called a real helicopter pilot who will take an active part in air battles with enemy helicopters. Challenge the enemy and take an active part in duels, controlling your helicopter with only a single button. Open fire at will without expecting retaliation, as well as a helicopter to knock out the enemy rather than he will do it himself. In this game you can play with your friends, and against artificial intelligence.