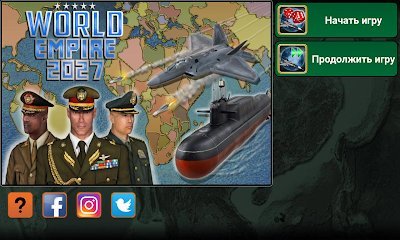 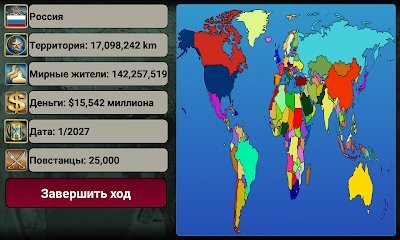 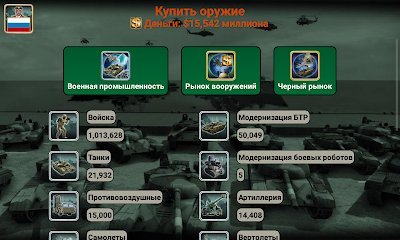 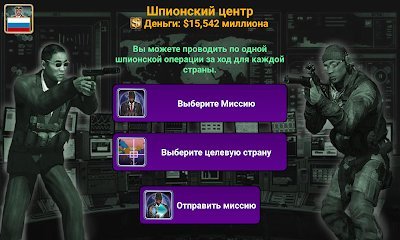 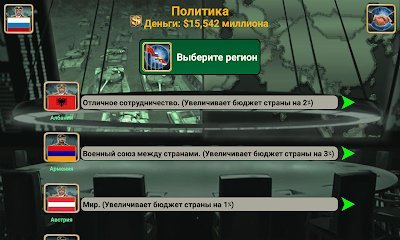 World Empire 2027 - is a military strategy for your smartphone, in which you will rule the country. This is quite an interesting and unique game in which you act as the leader of the country, which will soon have to Shine and prosper. Become a great leader and use a variety of models to achieve your goals, such as diplomacy or war. Manage and expand the territory of your own country in various ways. Capture a huge number of territories, as well as other States, trying to create a magnificent Empire.