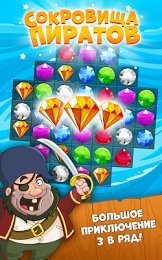 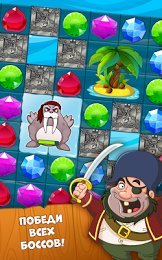 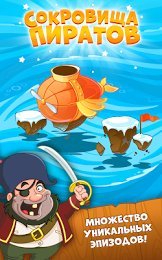 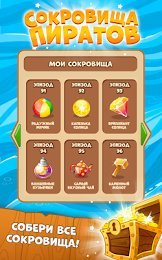 Pirate Treasures - Gems Puzzle – is the gaming application that presented the genre three in a row. The major objective of a player is to collect multiple similar gems utilizing swapping its places. The game has been considered as ended when the user is collecting a certain amount of points as well as to make some extra requirement. There is one type of current are the coins. You could purchase these coins for real money or try to find it in chests that you will receive with some cycle. Moreover, while passing the level the player would be provided with a defined amount of moves to win the game. When these moves run out of the player would lose.